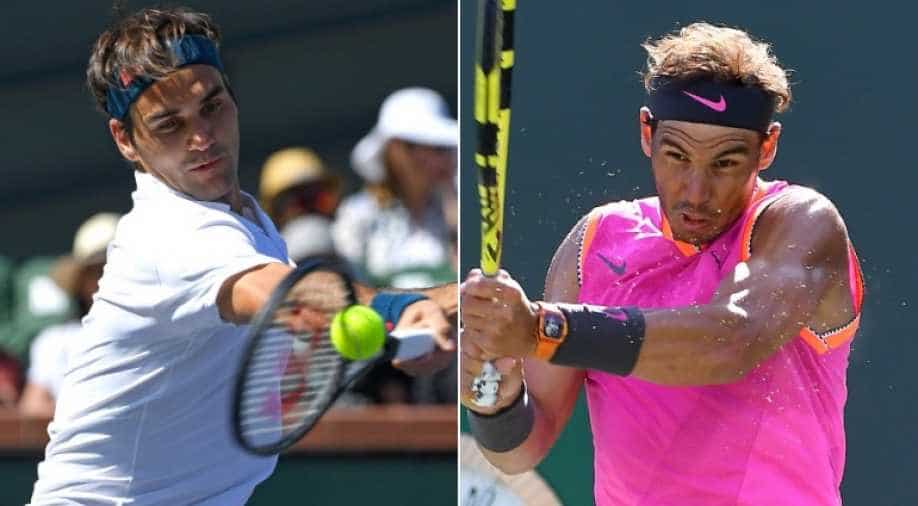 They have not met since Shanghai in 2017, the same year that Federer beat Nadal 6-2, 6-3 in the fourth round on his way to his fifth title at Indian Wells.

One of the great sporting rivalries will be renewed at Indian Wells on Saturday when Roger Federer and Rafa Nadal clash in a semi-final at the BNP Paribas Open, providing the Spaniard's troublesome right knee does not keep him off court.

The multiple Grand Slam champions both won their quarter-finals on Friday, although Nadal in particular had to work hard to overcome Russian Karen Khachanov 7-6(2), 7-6(2) in a match during which he required treatment on the knee.

"I am used to playing with some issues, so I just tried to be focussed. It's one of these victories today I'm really proud of," Nadal told reporters, declining to absolutely guarantee that he would be okay to play on Saturday.

"Nobody can guarantee anything about what can happen the next day, but of course my goal is to be ready for tomorrow."

Federer, meanwhile, broke Pole Hubert Hurkacz once in each set for a 6-4, 6-4 win in the first career meeting between the pair and was perhaps more bothered by his early start.

"I'm very excited to be in the semis here, not that I didn't expect it. I'm holding serve comfortably, in a good place mentally when I go into my service games."

Hurkacz had two break points but could seize neither.

"Roger was playing great in the crucial moments," he said. "I had some small chances in the second set.

"He's changing directions all the time (with his serve) so it's really hard to read it."

With Hurkacz dispatched, Federer turned his thoughts to what would be his 39th career encounter with Nadal.

The Spaniard leads 23-15 on a head-to-head basis but the Swiss has won the last five encounters.

They have not met since Shanghai in 2017, the same year that Federer beat Nadal 6-2, 6-3 in the fourth round on his way to his fifth title at Indian Wells.

Federer, 37, warned fans not to read too much into his winning streak against 32-year-old Nadal.

"I lot has happened in the past 18 months," he said. "You can't just copy and paste and play exactly the same thing again.

"It's been quite a journey with Rafa side by side."

Nadal spoke glowingly of how much the rivalry meant.

"It's beautiful to have the chance to keep competing at the highest level in advanced rounds, in the most important event at that late (in) our careers," he said.

"That's something really special and (I'm) just happy to be part of it."