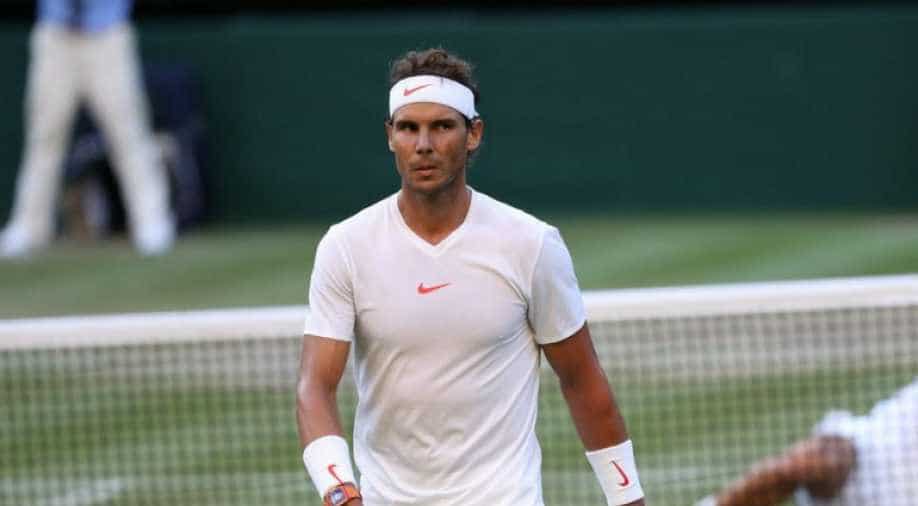 Unlike the three other Grand Slam tournaments, Wimbledon does not stick rigidly to the ATP and WTA rankings

Spaniard Rafael Nadal has criticised Wimbledon's unique seedings formula, which could hinder his chances of a third title when the tournament starts on Monday.

Unlike the three other Grand Slam tournaments, Wimbledon does not stick rigidly to the ATP and WTA rankings, meaning players can be bumped up the order to reflect their previous form on the grass.

Wimbledon will announce the seedings on Wednesday when it is likely world number two Nadal could find himself seeded third behind defending champion Novak Djokovic and eight-time champion Roger Federer, who is currently third in the world rankings.

"Wimbledon is the only tournament of the year that doesn't follow the ranking," the 33-year-old Nadal told Spanish TV station #Vamos on Tuesday.

"It's their choice. Either way, being second or third seed, I have to play at the best level to aspire to the things I aspire to. It is better to be second than third, but if they consider that I have to be third I will accept.

"I don't think it's a good thing that Wimbledon is the only one with its own seeding formula."

Nadal lost a semi-final epic to Djokovic last year but in his previous five appearances, he never got past round four.

If the 12-time French Open champion is dropped to third it means he could potentially have to beat both Djokovic and Federer to claim his first All England club title since 2010.

The top 32 players on the ATP ranking list, who are present at Wimbledon, will take the seeded places, but a formula using results on grass for the past 24 months can change the order.

"The only thing that doesn't seem right to me is that it's just Wimbledon that does it. If everyone did it, I think it would be appropriate or correct," Nadal told #Vamos.

The women's seedings follow the WTA ranking list but can be tweaked to produce "a balanced draw".

Serena Williams was ranked 183rd ahead of last year's tournament but was handed a seeding of 25.