North Korea to play in Lebanon behind closed doors on security concerns: AFC 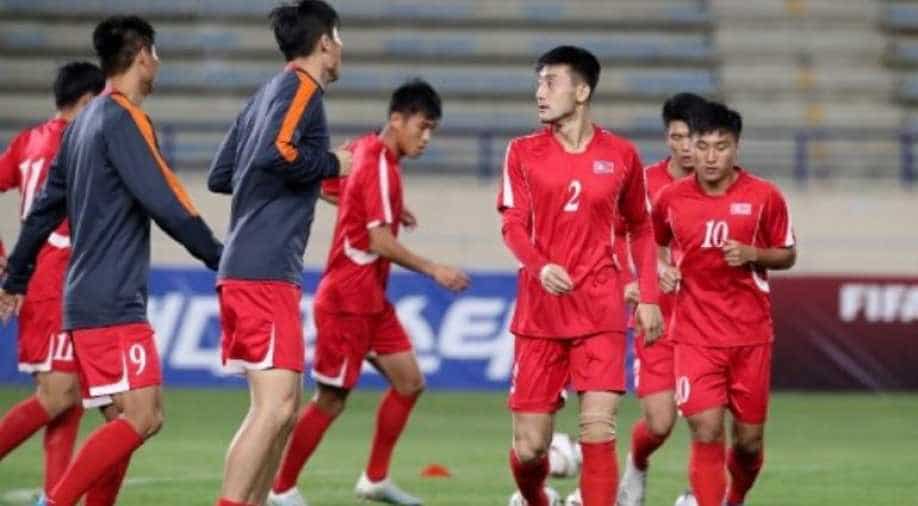 Players of North Korea during training session before the Qualifier match against Lebanon Photograph:( AFP )

North Korea will play their World Cup qualifier against Lebanon behind closed doors in Beirut on Tuesday due to security concerns, the Asian Football Confederation said, as the country struggles with a wave of protests against its leaders.

Last week's qualifier between Lebanon and South Korea was also played in front of an empty stadium following the advice of the local security forces, the AFC said.

The Lebanese protesters blame their leaders for steering the country towards economic collapse. Parliament was unable to hold its first session in two months on Tuesday as the protesters prevented lawmakers from even reaching the building.

Lebanon are tied on seven points with North Korea in Group H of the 2022 World Cup qualifiers, and either side could go top with a victory on Tuesday.

South Korea, who top Group H with eight points from four matches, were held to a 0-0 draw in Thursday's match in Asia's second round of 2022 World Cup preliminaries.

"The Lebanon Football Association, following the advice of the Lebanese security forces, has decided Tuesday's Asian Qualifiers tie between Lebanon and DPR Korea will be played behind closed doors," the AFC said in a statement.