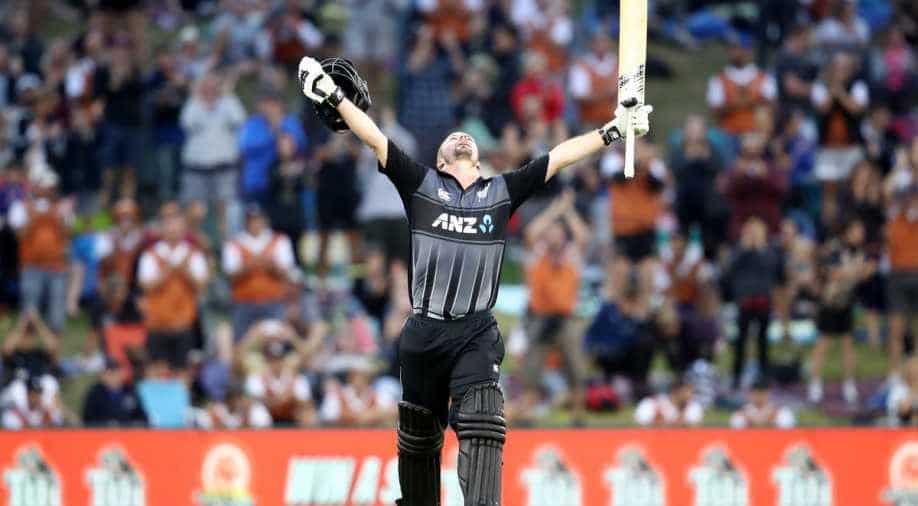 Colin Munro’s hurricane century (104 off 53 balls) which included 10 powerful sixes, helped New Zealand to set a total of 243 for five wickets in the 3rd T20 international at Mount Maunganui.

Martin Guptill started the game quite well and gave a terrific start to the Blackcaps. He scored 63 off 38 balls.

Kane Williamson and Tom Bruce contributed with their bats. Windies pacer Carlos Brathwaite picked up two wickets for 50 runs from his four overs.

The Caribbeans have lost both the Tests and the ODIs and a win today will help them level the T20 series and salvage some cricket pride. If New Zealand wins the series 2-0, they will leapfrog Pakistan to become the top-ranked T20 international team in the world.

“Yeh it’s going pretty well at the moment & it was nice to put on a partnership with Guppy.” - the man of the moment Colin Munro #nzvwi pic.twitter.com/rV5JjMGbB7