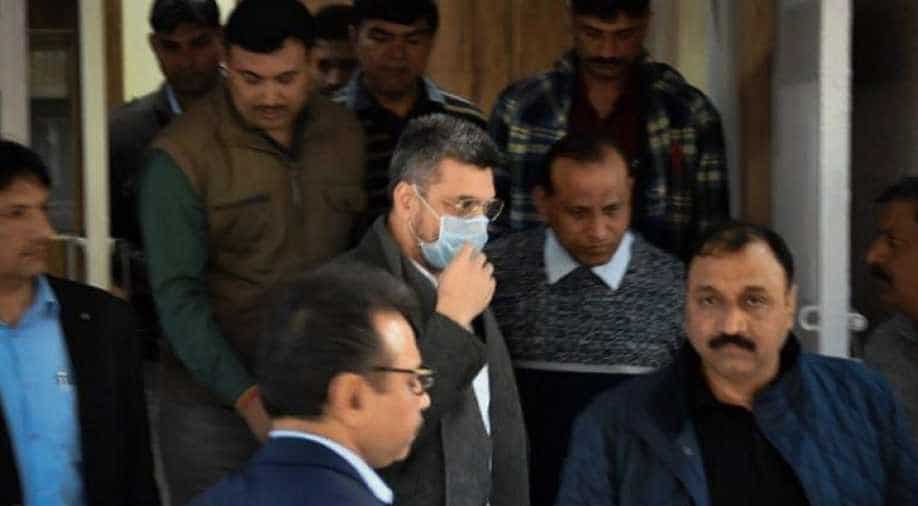 The Supreme Court Wednesday sought response from Sanjeev Chawla, alleged bookie and key accused in one of the cricket's biggest match-fixing scandals that involved former South African captain Hansie Cronje, on a plea filed by Delhi Police challenging the bail granted to him.

The Supreme Court Wednesday sought response from Sanjeev Chawla, alleged bookie and key accused in one of the cricket's biggest match-fixing scandals that involved former South African captain Hansie Cronje, on a plea filed by Delhi Police challenging the bail granted to him.

A bench of Chief Justice S A Bobde and Justice L Nageswara Rao was hearing through video-conferencing an appeal filed by the police challenging the May 6 order of the Delhi High Court which had upheld a trial court's decision granting bail to Chawla.

Chawla, who was extradited from London in February, was granted bail by a trial court here on April 30 on furnishing a personal bond of Rs 2 lakh with two sureties of the like amount.

According to the police, Chawla was allegedly involved in fixing of five matches and Cronje, who died in a plane crash in 2002, was also involved.

The police alleged that Chawla played a key role in conspiring with Cronje to fix a South African tour to India in February-March, 2000.

Chawla has denied the allegations.

The British court documents say that Chawla is a Delhi-born businessman who moved to the United Kingdom on a business visa in 1996 and continued to make trips to India.

n its May 6 order, the high court said that when the scenario of a trial taking place was "stark", the liberty of a person "cannot be left in limbo" on the belief that he was a flight risk.

The high court, while dismissing the police's plea challenging the bail granted to Chawla in the case in which FIR was lodged 20 years ago, had said that instant case highlights the need for use of technology, like GPS tracking system used in USA, to track under-trials in cases where there is a fear that they may flee.

Before the high court, the police had sought cancellation of bail primarily on the ground of gravity of offence and also that guidelines for release in view of the COVID-19 pandemic were not to be applied in the instant case as was done by the trial court.
Chawla's counsel had opposed the plea in the high court and said there was no evidence to suggest that Chawla was likely to abscond.