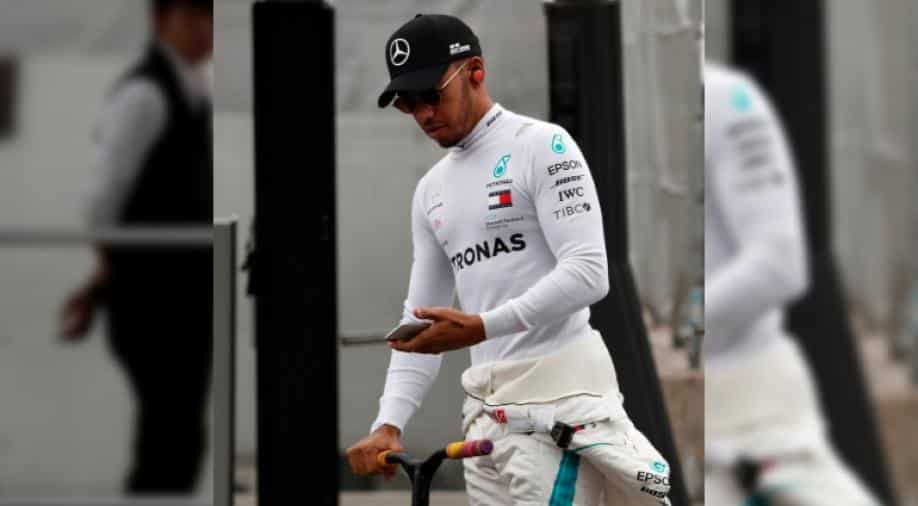 Formula One championship leader Lewis Hamilton completed a practice clean sweep in his Mercedes, setting the pacein the final hour of track action ahead of qualifying for the Japanese Grand Prix.

The Briton, who had dominated Friday's opening day of practice, lapped the 5.8-kilometre long Suzuka circuit in one minute, 29.599 seconds in a session that saw an early drizzle and gusty winds.

The German, trailling Hamilton by 50 points in the overall standings after the Briton won five of the last six races, had been nearly a second adrift of his rival's best on Friday, but closed that gap to 0.116 seconds on Saturday.

Kimi Raikkonen followed his Ferrari team-mate in third ahead of Red Bull's Max Verstappen and Valtteri Bottas of Mercedes, who was 0.823 seconds off team-mate Hamilton's pace.

Daniel Ricciardo was sixth for Red Bull ahead of Esteban Ocon who swept 'best of the rest' honours for the third successive session in his Force India.

His team-mate Sergio Perez was eighth ahead of Renault's Carlos Sainz.

Kevin Magnussen, who celebrated his 26th birthday on Friday, rounded out the top-10 in his Haas.

Saturday's final practice session was interrupted by an early drizzle, with teams choosing not to risk running on the damp track after an early flurry of laps.

But with the sun shining, the track dried out enough to allow the cars back out on slick tyres with a little under 30 minutes remaining, even if the drivers still had to cope with gusting winds.

The session was largely uneventful except for a few incidents of drivers going off track as they sought to tease traction from the drying surface.

The biggest incident was a crash for Nico Hulkenberg two minutes before the chequered flag that brought out the red flags and ended the session. The German walked away unhurt.