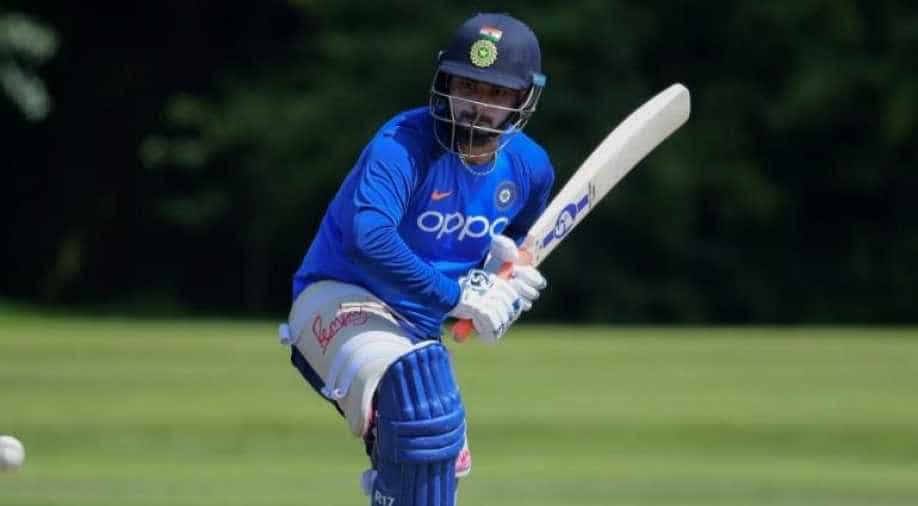 The 22-year-old has received lots of flak lately from India's coaching staff, pundits and the media

The 22-year-old has received lots of flak lately from India's coaching staff, pundits and the media after losing his wicket through loose shots and his position in the India test side has been taken by fit-again Wriddhiman Saha.

Former Australia batsman Dean Jones told Reuters this week that Pant needs to improve his off-side game if he wants to graduate from being a one-trick pony.

"There is a lot of talk happening about Rishabh Pant every day, every minute," Rohit, who is leading the hosts in place of rested regular captain Virat Kohli, told reporters ahead of Sunday's deciding final Twenty20 international against Bangladesh at Nagpur.

"I just feel that he needs to be allowed to do what he wants to do on the field. I would request everyone to just keep their eyes away from Rishabh Pant for a while."

Pant was perceived as Mahendra Singh Dhoni's natural successor in limited-overs cricket for India when the former captain eventually hangs up his gloves and till recently was the preferred choice behind the stumps in all three formats.

He played 11 tests in the absence of the injured Saha and used his chances well, hitting a century in an Oval test against England last year while smashing an unbeaten 159 versus Australia in Sydney in January.

His six-hitting ability makes him a limited-overs asset, but India head coach Ravi Shastri and batting coach Vikram Rathour said in recent interviews that the left-hander's shot selection has occasionally let the team down.

Pant played within himself and seemed to curb his natural instincts in his 26-ball knock of 27 during India's loss to Bangladesh in the first T20 in Delhi while he did not get a chance to bat during the series-levelling win at Rajkot.

He, however, handed a reprieve to Bangladesh opener Liton Das, who was stumped off Yuzvendra Chahal but replays confirmed Pant did not collect the ball behind the stumps, with part of his gloves jutting ahead of the line.

Pant nearly repeated the mistake when effecting a similar dismissal to send back Soumya Sarkar for 30 off Chahal.

"He is a young guy ... trying to make his mark in international cricket. Every move he makes on the field, people start talking about him. It is not fair," Rohit said.

"Focus on him a lot more when he is doing good things also, not just the bad things. He is a fearless cricketer and we want him to have that freedom. And if you guys keep your eyes little bit off him, it will allow him to perform even better."