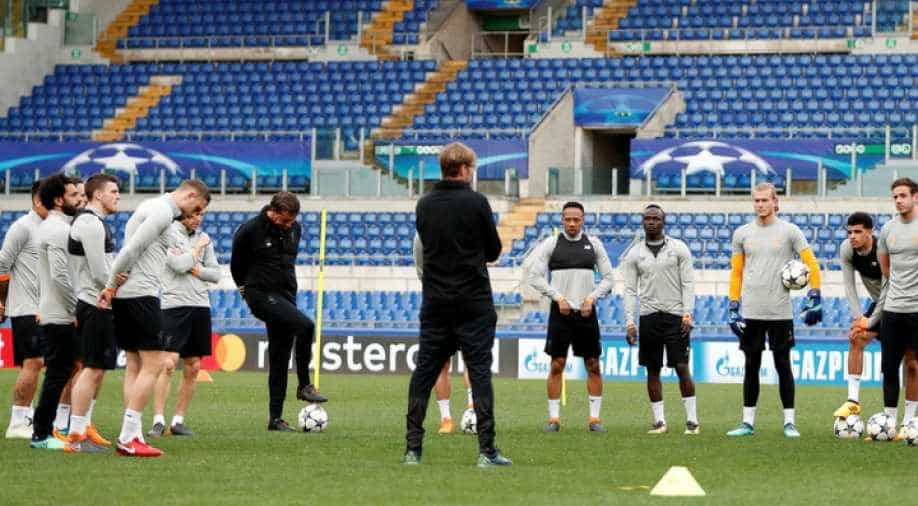 Liverpool must approach their remaining two Premier League games as if they were "semi-finals", manager Juergen Klopp said ahead of Sunday's trip to last season's champions Chelsea.

Liverpool, who will face Real Madrid in the Champions League final later this month after a 7-6 aggregate win over AS Roma, are looking to seal a top-four finish in the league to ensure qualification for Europe's elite club competition next season.

The Merseyside club are third in the table with 72 points with Tottenham Hotspur (71) and Chelsea (66) breathing down their necks. Klopp said his team's focus is on beating Chelsea and Brighton and Hove Albion in their final game.

"We have two semis again, against Chelsea and Brighton. Both games are important. There is no chance to think of anything else and then we have two weeks to prepare (for the Champions League final)," Klopp told a news conference.

"We have really fought hard to be in the position we are and now we have to finish the job... we need to be ready for Chelsea and it could be the same intensity like it was in Rome because it's a similar situation. They need to win and we want to."

Liverpool will assess the injuries of midfielder Emre Can (back) and defender Joe Gomez (knock) before they can determine if the pair can return to action in the run-in.

Midfielder Adam Lallana stepped up his recovery from a hamstring injury by completing a training session on Thursday.