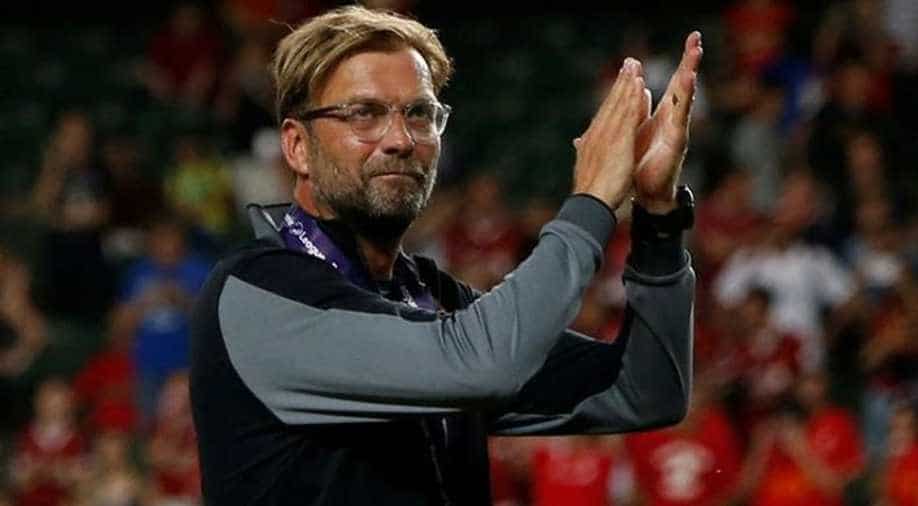 United have won eight of nine Premier League matches under Solskjaer to force their way back into the top four, a prospect that looked bleak when former boss Jose Mourinho was sacked in December with the team at sixth.

Liverpool boss Juergen Klopp has hailed Ole Gunnar Solskjaer's ability to unlock the potential of his players and believes the Manchester United interim boss has the qualities to manage top teams having made an instant impact at Old Trafford.

United have won eight of nine Premier League matches under Solskjaer to force their way back into the top four, a prospect that looked bleak when former boss Jose Mourinho was sacked in December with the team at sixth.

Speaking ahead of Sunday's league meeting, Klopp said he was impressed by United's form since a 3-1 defeat by Liverpool which led to the Portuguese manager's dismissal.

"It is all about bringing out the potential of the team, improving the quality and that's what he (Solskjaer) obviously did and that makes him a manager for a top club," Klopp told Sky Sports.

"I am a manager myself and I know that we are not magicians. It is not like we can come in and say 'you are not good, but I can make you really good'.

"But we are blessed with really good players around us and Solskjaer is doing a brilliant job."

United, who have 51 points from 26 games, have adopted a more attacking approach to games under Solskjaer but Klopp said they could switch styles on Sunday.

"We will see how they play against us. I think they are able to play different ways," the German added.

"They are much more front-footed for sure now, that's clear, but their counter attacks are a massive threat, especially when Anthony Martial and Jesse Lingard get fit again.

"It is not only one thing they are good at. There are a few ways where you can at least give them a few questions they don't have easy answers for, but it will be a very physical game and very demanding for both teams."