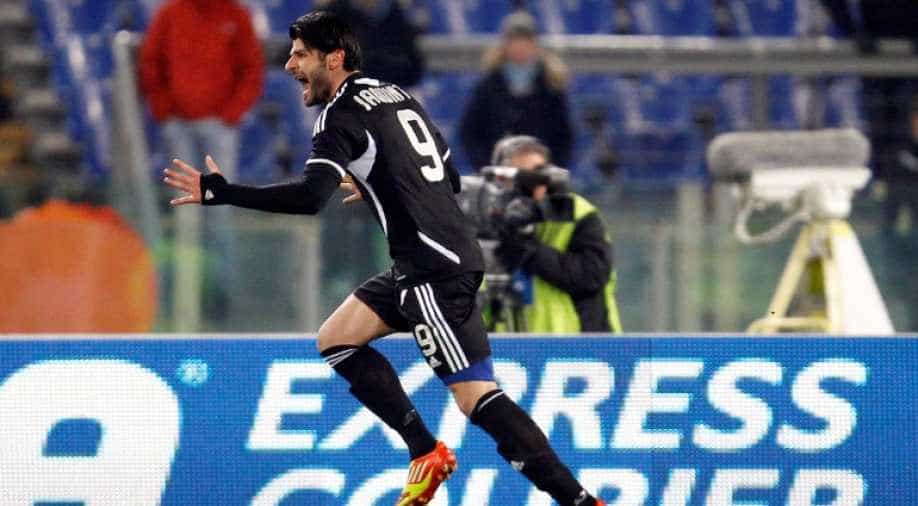 Iaquinta was jailed for two years by an Italian court on Wednesday and his father Giuseppe for 19 years following a trial of 148 people for alleged mafia links.

Former Juventus and Italy forward Vincenzo Iaquinta was jailed for two years by an Italian court on Wednesday and his father Giuseppe for 19 years following a trial of 148 people for alleged mafia links.

Prosecutors had sought a six-year sentence for the 38-year-old, who was part of Italy's 2006 World Cup-winning squad, for holding firearms and for alleged links with the Ndrangheta mafia group.

Iaquinta was found guilty of a firearms offence but judges dismissed accusations that he was involved with the 'Ndrangheta, Italy's organised crime network based in the southern region of Calabria.

However, the court in the northern city of Reggio Emilia ruled that his father did have mafia links.

More than 120 other defendants were also found guilty in the case, which was the biggest ever trial targeting the 'Ndrangheta.

"Ridiculous, shame," shouted the father and son, who are Calabrian, after their sentences were handed down. Lawyers for the pair said they would appeal against the ruling, while Iaquinta strongly protested his innocence.

"They've ruined my life when I didn't do anything," Iaquinta told journalists outside the court. "I've been suffering like a dog for four years, as have my family and my children, when I haven't even done anything.

"In our family we don't even know what the 'Ndrangheta is, they've ruined my life for nothing.

"They found me guilty because I'm Calabrian, but I won a World Cup. Justice will be done for us, today a sentence was handed down without a trial." Iaquinta represented

Italy 40 times, scoring six goals, and spent most of his playing career with Udinese before joining Juventus in 2007.

He spent six years with the Turin club before calling time on his playing career in 2014.