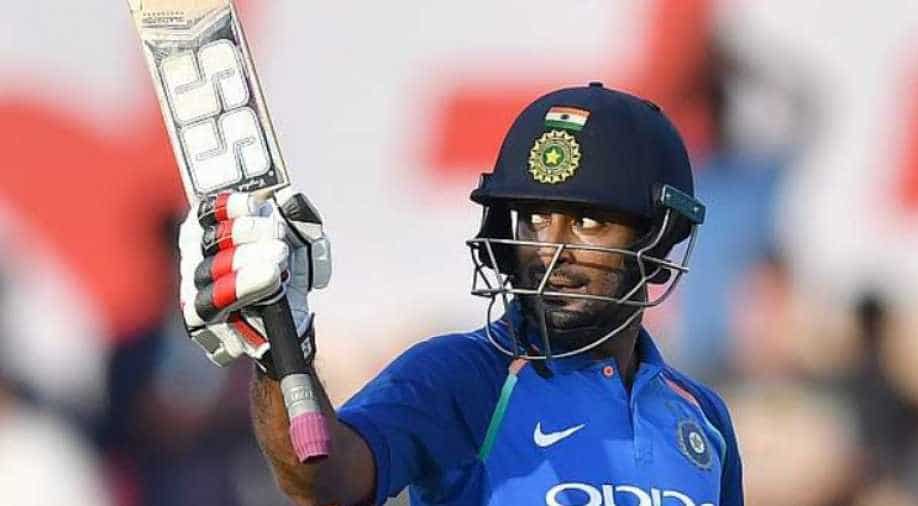 Rayudu along with Vijay Shankar revived Indian innings after the visitors lost four wickets for just 18 runs in the fifth and final ODI against New Zealand.

Rayudu along with Vijay Shankar revived Indian innings after the visitors lost four wickets for just 18 runs in the fifth and final ODI against New Zealand. The partnership, however, ended after Shankar was run-out for 45.