Gareth Bale's round of golf not a concern for Zidane 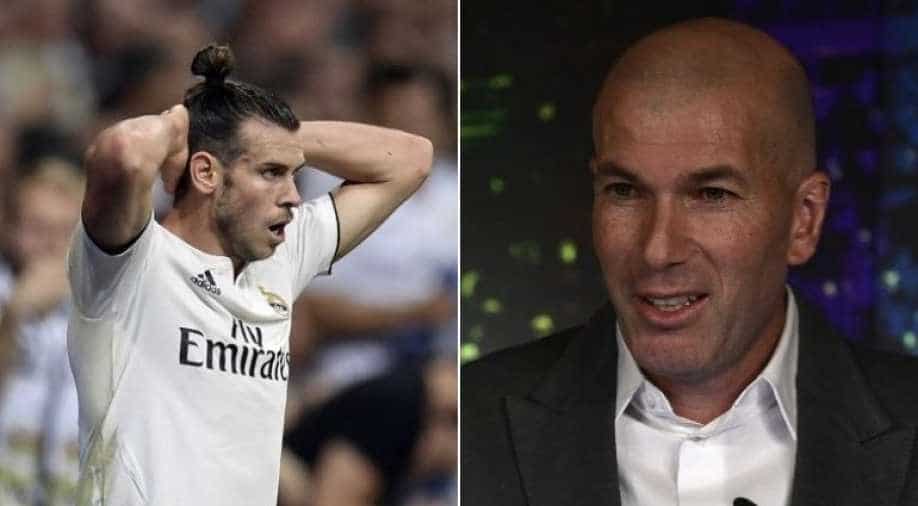 Real Madrid coach Zinedine Zidane says Gareth Bale's personal life is his own business and not something he would get involved in as long as the Welsh forward was training.

Bale, who has been strongly linked with a move away from the Spanish club, missed the trip to Munich for the Audi Cup pre-season tournament because he was not fit and had stayed in Madrid to train, Zidane said on Tuesday.

Media reports in Spain said the Welsh winger had been on the golf course on Tuesday while his team mates were losing 1-0 to Tottenham Hotspur, but Zidane was not about to start making any judgements.

"I am here, I'm here with my players, so I can't really say much. I hope that he has trained there," the Frenchman told reporters after Real beat Fenerbahce 5-3 to finish third in the tournament on Wednesday.

"I'm not going to stop anyone from doing something, you know? Everyone has their own responsibilities and we will see what he's been up to in Madrid.

"I'm not getting involved with his personal life. He stayed back to train. I think he has trained. And we will see about everything else."

The Bale saga has dominated the closed season at the Madrid club, with multiple media outlets suggesting he was on his way to China to join Jiangsu Suning only to then report that the move had been blocked by club president Florentino Perez.

On Wednesday, the Real players that did travel to Munich ensured the 13-times European champions had enough firepower up front against the Turkish side but Zidane did concede there was a problem with the number of goals they conceded.

"I know we are going to push on and we're going to have a really good season. And that's it.

"Nobody likes to concede three goals. But the important thing for us is the victory. We won with five goals, and we could have scored more, but that's it."