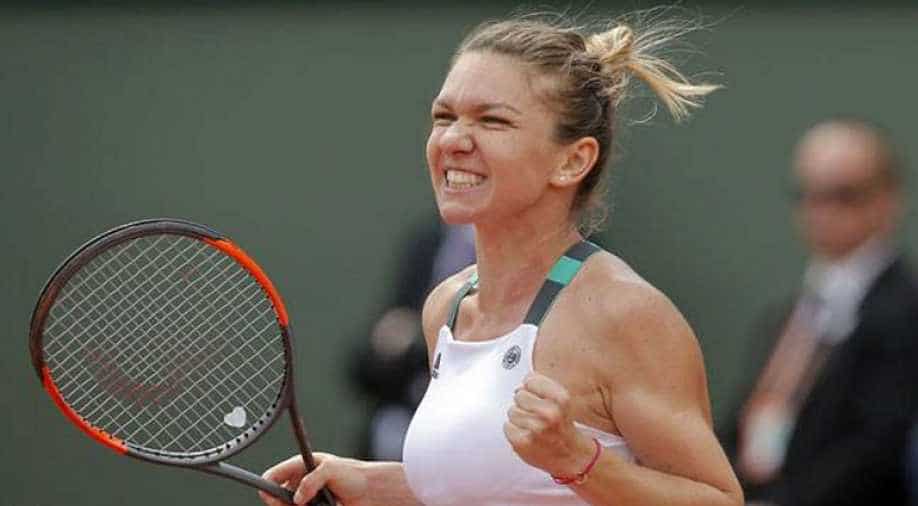 Top seed Simona Halep maintained her steady progress through the French Open draw when she beat Germany`s Andrea Petkovic 7-5 6-0 to reach the fourth round on Saturday.

Relegated to the new Court 18 for the day, the Romanian, twice runner-up, had to battle for an hour to take the opening set but sped through the second with a minimum of fuss.

Petkovic, a semi-finalist in 2014 but now ranked 107, injured her knee at the start of the second set and needed it taped up during a lengthy medical timeout.

She ripped off the tape a few games later and was clearly not the same player as in the opener as Halep delighted her noisy fans wedged in around the court with a commanding display.

The end came quickly and she finished it off with a backhand winner, setting up a clash with 16th seed Elise Mertens.

"I can say that today I really felt the ball, and the way that I finished pretty strong gives me confidence. I can say it was the best match here at this tournament," Halep said.

It was highly unusual for a top seed and world number one to be placed on an outside court, albeit an atmospheric one, and Halep said it had taken her a while to get used to the setting, having played her two previous matches on Court Philippe Chatrier.

"Today was a little bit different, because the court is pretty small, and I felt that all the people were on court with me," the 26-year-old said.

"I practised there last week so all good."