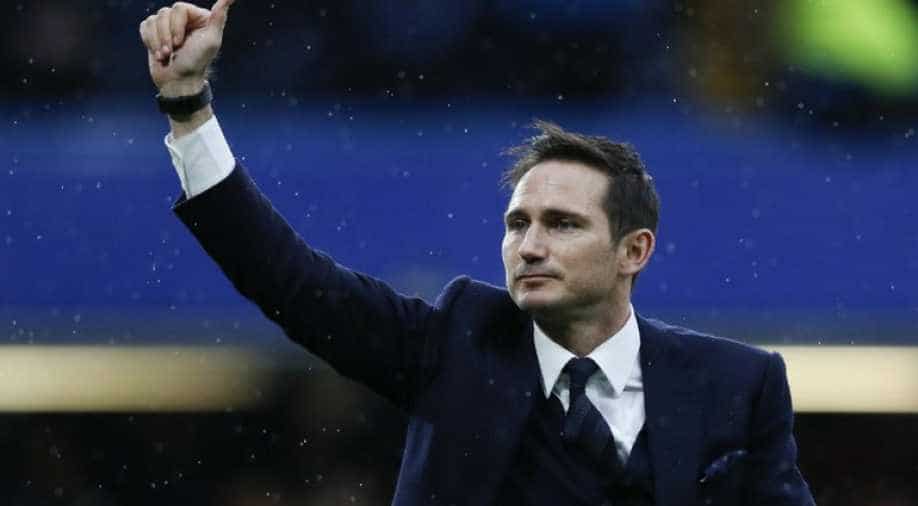 Former England midfielder Frank Lampard is taking his first step into management by taking the reins at Derby County, the Championship club announced on Thursday.

The 39-year-old, who won three Premier League titles with Chelsea, has signed a three-year contract at the second-tier English outfit two years after retiring in 2016.

Derby have been looking for a new manager since Gary Rowett was lured away by recently-relegated Stoke.

Lampard told Derby's official website: "This is my first job as a manager, but I've worked closely with some of the best coaches in the game and I'm confident in my own abilities and those of the team around me, including the board.

"I know it won't be easy -- managing a football team never is -- but I'm really looking forward to the challenge ahead.

"I've always wanted to manage a club with a big tradition and history like Derby County, so this is a huge opportunity."

Rowett led Derby into the play-offs at the end of last season only for Fulham to overturn a first-leg deficit in their semi-final clash before going on to beat Aston Villa at Wembley.

Lampard said his aim was to take Derby back to the Premier League for the first time since 2008 when the club finished rock bottom.

"We want to build on the club's top six finish in the Championship last season, while at the same time bringing through some of the excellent youth and academy talent we have at Pride Park," added Lampard.

After starting his career at West Ham, Lampard joined Chelsea and had 13 successful years at Stamford Bridge.

He remains the club's leading goalscorer with 211 goals and, as well as his hat-trick of Premier League medals, also lifted four FA Cups, the Champions League and the Europa League during a trophy-laden stay.

His career came to a close at New York City -- but he did return to England briefly, scoring against Chelsea while on loan at Manchester City.