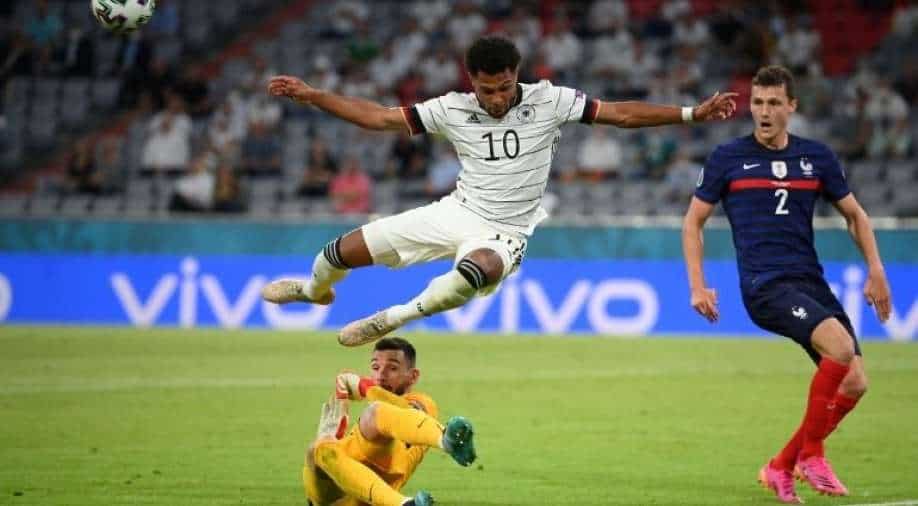 Stats showed that France had just over 40 per cent possession and only four attempts on goal but Deschamps said they were more clinical than Joachim Loew's side.

France coach Didier Deschamps was happy with his team's commitment in Tuesday's 1-0 win over Germany at Euro 2020 but said the world champions must look to retain possession better through the rest of the tournament.

France handed a sluggish-looking Germany their first opening-game defeat in the Euros, courtesy of an own goal by Mats Hummels in the 20th minute.

Stats showed that France had just over 40 per cent possession and only four attempts on goal but Deschamps said they were more clinical than Joachim Loew's side.

"I wouldn't say that we did dominate them because we played against a good team in Germany who caused us problems," Deschamps said.

"They had a lot of ball possession, more than us. We were defending very well. It was a match played on a very high level, two titans facing each other.

"We could have done things better, especially in ball possession, and looking at the attitude to show this dominance, to suffer all together, when we showed this commitment on the pitch today against the very strong German side."

France midfielder Paul Pogba accused Antonio Rudiger of "nibbling" him on the shoulder during the game but said he was not looking for the Germany defender to face punishment.

The two players clashed towards the end of the first half, with Rudiger caught on camera putting his face close to Pogba's back before reaching his arms around the Frenchman's chest.

"I'm not crying for cards, yellow, red cards because of such actions," Pogba said. "He nibbled, I think, a little bit on me. But we have known each other for a long time.

"I told the referee and he takes decisions and he took a decision. It's over.

"It was a great match for us ... and I didn't want him to be suspended because of such a situation. It was towards the end of the match. We hugged each other and that's it."