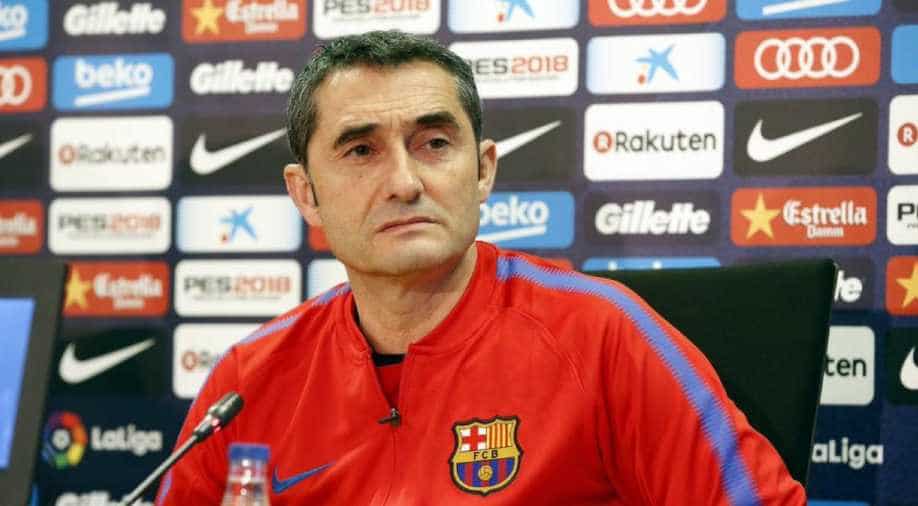 Valverde said he would decide on the status of Umtiti within two weeks, adding that the Catalans need to wait and monitor his progress.

FC Barcelona head coach Ernesto Valverde said Saturday he was optimistic about the recovery of defender Samuel Umtiti, who has been receiving treatment in Qatar for a left-knee injury.

Barcelona travel to Levante on Sunday and need a win to restore their three-point lead over Atletico Madrid at the top of La Liga.

Ernesto Valverde's side are on a six-match unbeaten run across all competitions, since they were stunned 4-3 by Real Betis last month.

Valverde rung the changes for their midweek UEFA Champions League draw against Tottenham Hotspur, with Luis Suarez left out and the likes of Lionel Messi, Sergio Busquets, Marc-Andre ter Stegen, Gerard Pique and Jordi Alba all on the bench.

All six are expected to return to the starting XI this weekend, but Samuel Umtiti's ongoing absence with a knee problem will see Clement Lenglet keep his position in central defence.

During a press conference, Valverde said he would decide on the status of the French center back within two weeks, adding that the Catalans need to wait and monitor Umtiti's progress.

The coach, however, said Barcelona may look to the winter transfer window to find a replacement for the 25-year-old superstar, who has missed most of the season due to the injury.