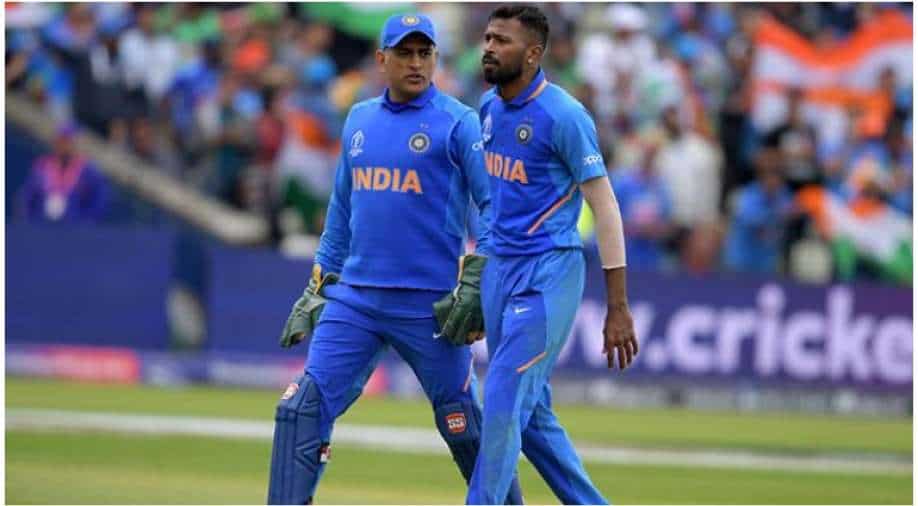 Hardik and Krunal Pandya had visited MS Dhoni, in his Ranchi farmhouse, for his 39th birthday in 2020 amid the Covid-19 lockdown. Hardik recently revealed how Dhoni already knew about the Pandya brothers' travel plans.

During the Covid-19 lockdown in 2020, Hardik Pandya -- along with Krunal Pandya and his wife -- had planned a trip to Ranchi to meet their beloved and former Indian captain MS Dhoni. The Pandya brothers had planned their surprise visit to Ranchi for Dhoni's 39th birthday, i.e. on July 7.

Back then, the Covid-19 pandemic had taken the whole world by surprise. After a brief halt, airlines had resumed operating but the Pandya brothers' plan to visit Dhoni amid such testing times spoke volumes about how much they adore the former Indian captain Dhoni.

In a recent interaction with ESPNcricinfo, Hardik, revealed how his surprise visit to Ranchi didn't shock Dhoni as he was already made aware of the Pandya brothers' travel plans. On being asked if Dhoni was surprised seeing him, Hardik said, "No! Because [someone from the airport staff] called him, saying Hardik and Krunal are coming. So my surprise got spoiled. Before I took off, he is like: “Are you coming here?” I said: “How did you know?” He said: “These charter people told me you’re coming. Chal, theek hai, aaja [All right, come over].

“I go there and find him gardening. I asked how his body was and he said his knee hurt a little. I asked why. He says, “I repaired about 50 bikes, and I needed to kneel and squat for it. Now I do it standing up,” he added.

Hardik also spoke at length about the equation he has with the Chennai Super Kings (CSK) skipper. He said, "Mahi Bhai is a darling. There are a lot of things I am allowed [with him], which no one else is. We connect well. Maybe he likes the fact that I never treat him like MS Dhoni. And he understands where I come from. He is like, Okay, yeh kar raha hai toh kuch soch ke kar raha hai [If Hardik is doing something, it’s only after he has considered it] type."

At present, Hardik is involved in India's warm-up fixtures for the T20 World Cup 2021 in the UAE. Dhoni is also a part of the team management; serving as the mentor for the showpiece event to help Virat Kohli & Co. break their 8-year-long ICC-title drought.