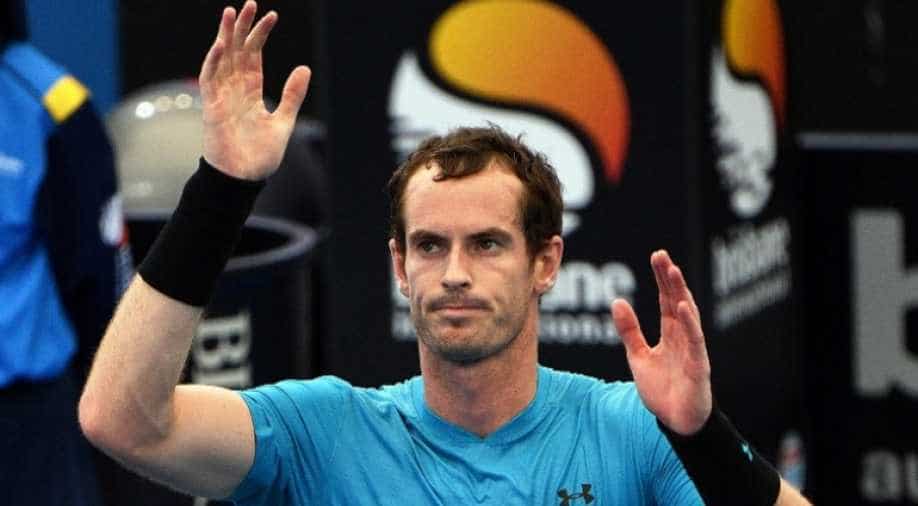 Murray ended his season early last year after suffering pain in his hip following surgery earlier in 2018 that ruled him out of three of the four Grand Slam events.

Former world number one Andy Murray made a successful return to competitive tennis on Tuesday with a 6-3, 6-4 victory over local favourite James Duckworth at the Brisbane International tournament.

The 31-year-old Murray ended his season early last year after suffering pain in his hip following surgery earlier in 2018 that ruled him out of three of the four Grand Slam events.

Murray, whose ranking has dropped to 240 and was unseeded in Brisbane, had earlier said he was still feeling pain in his hip but was in a "better place" than he was 12 months ago.

"I was a bit nervous. But as the match went on I thought I moved well," Murray told reporters after his 10th successive win in Brisbane, having won the tournament at both his previous appearances in 2012 and 2013.

"It's my first match after a big break. It's not easy to sum up (but) it's been really hard the last 18 months, been a lot of ups and downs trying to get back on court.

"Being back now I am trying to enjoy it as much as I can, for as long as I can because I am not sure how much longer I have got."

As an unseeded player in Brisbane he has a tough draw, with a second-round clash with Russian fourth seed Daniil Medvedev.