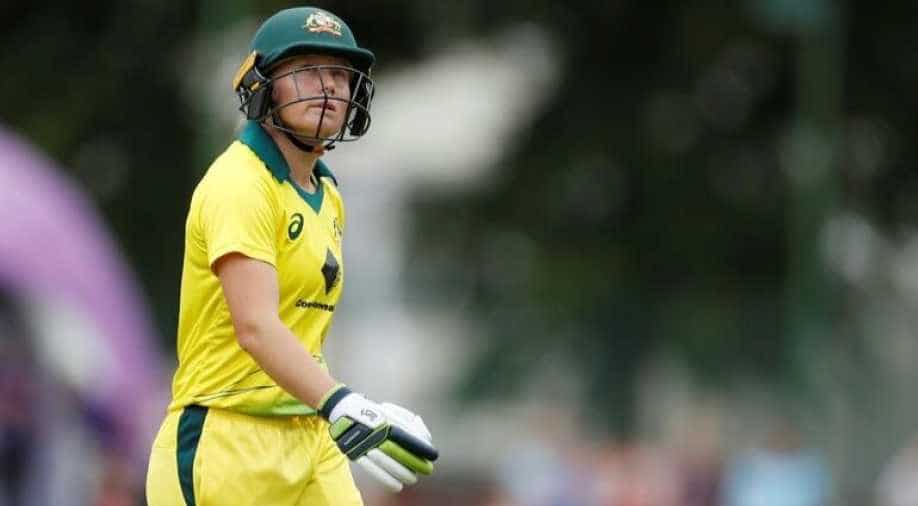 Healy reached her century in just 46 balls, the second-fastest in history.

Australia's Alyssa Healy smashed an unbeaten 148 off 61 balls to set a new world record for the highest individual score in women's Twenty20 internationals at the North Sydney Oval on Wednesday.

Healy reached her century in just 46 balls, the second-fastest in history, as Australia piled up 226 for two in the final game of the three-match series against Sri Lanka.

The 29-year-old opener reached the world record with a six in the penultimate over, eclipsing teammate Meg Lanning's previous mark of 133 not out set against England in July.

This time Lanning was cast in a supporting role as she admired the innings from the non-striker's end.

Having celebrated her 100th T20I two days ago, Healy knocked the stuffing out of Sri Lanka's bowling attack and finished with 19 fours and seven sixes.

"It was just one of those days where everything seemed to come out of the middle, so I'll take that," Healy told Fox Cricket.