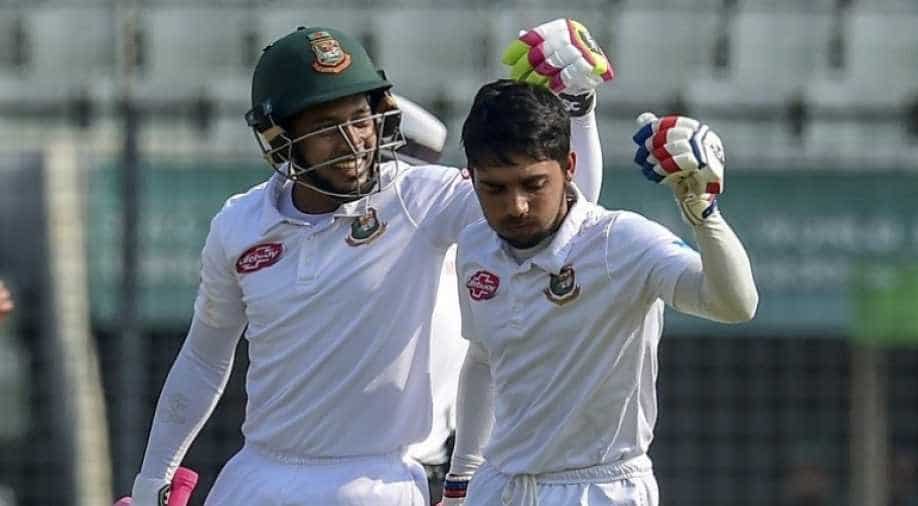 Mominul Haque was unbeaten on 115 while Mushfiqur Rahim was not out on 71.

Bangladesh posted 207 runs for the loss of three wickets in 58 overs at tea during day one of their second and final Test match against Zimbabwe at Mirpur Sher-e-Bangla National Cricket Stadium in Dhaka Sunday.

Mominul Haque was unbeaten on 115 while Mushfiqur Rahim was not out on 71.

The Tigers made three changes from the Test in Sylhet, handing debuts to Mohammad Mithun and Khaled Ahmed and bringing in Mustafizur Rahman, in place of Nazmul Hossain Shanto, Nazmul Islam and Abu Jayed respectively.