UN rapporteur warns of 'mass deaths' from starvation in Myanmar 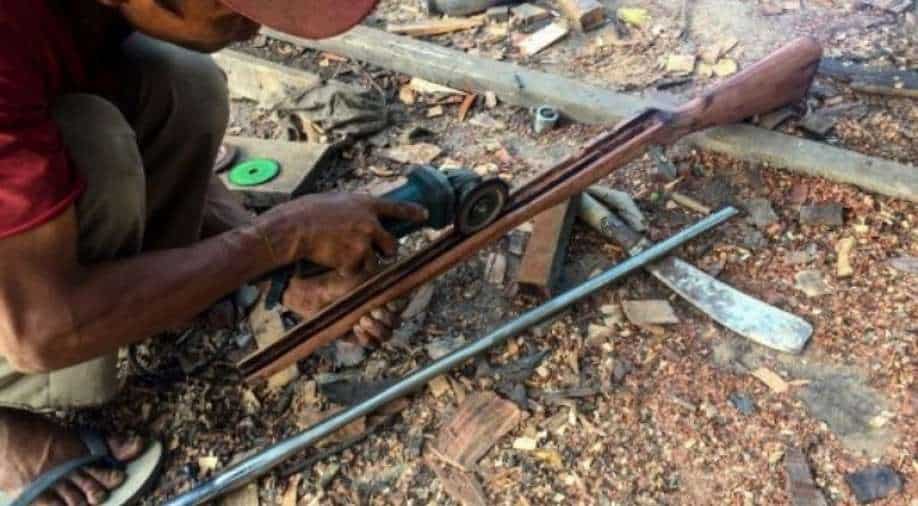 A member of the People's Defence Force (PDF) makes a handmade gun to be used in fighting against security forces near Demoso, Kayah state on June 4, 2021, as the country remains in turmoil after the February military coup. Photograph:( AFP )

Locals have accused the military of firing artillery shells that have landed near villages and the UN estimates around 100,000 people have been displaced

The UN's special rapporteur on human rights in Myanmar has warned of "mass deaths" from starvation and disease in the wake of fighting between rebel groups and junta forces in the east of the coup-stricken country.

According to a local monitoring group, Myanmar has been in chaos and its economy paralysed since the February putsch and a brutal military crackdown on dissent that has killed over 800.

Fighting has flared in several communities, especially in townships that have seen a high death toll at the hands of police, and some locals have formed "defence forces".

Clashes have escalated in Kayah state near the Thai border in recent weeks.

Locals have accused the military of firing artillery shells that have landed near villages and the UN estimates around 100,000 people have been displaced.

"The junta's brutal, indiscriminate attacks are threatening the lives of many thousands of men, women and children in Kayah state", Tom Andrews said in a statement posted on Twitter Tuesday.

"Let me be blunt. Mass deaths from starvation, disease, and exposure, on a scale we have not yet seen... could occur in Kayah state absent immediate action."

Diplomatic efforts to halt the bloodshed have been led by the Association of Southeast Asian Nations (ASEAN), of which Myanmar is a member, but the bloc is riven with infighting and has managed to put little pressure on the junta.

In April, an emergency summit produced a "five-point consensus" statement that called for an immediate halt to violence and a visit to Myanmar by a special envoy.

But a special envoy has yet to be appointed, and violence has continued across the country.

China, which enjoys exceptional leverage over Myanmar, has also been unwilling to condemn the junta and has refused to label its power-grab a coup.

Its foreign minister Wang Yi said Tuesday that Beijing's policy towards its neighbour "is not affected by changes to Myanmar's domestic and external situation."

"China has supported, is supporting and will support Myanmar in choosing a development path that suits its own circumstances," Wang said at a meeting with junta-appointed foreign minister U Wunna Maung Lwin in Chongqing.