UN proposes to pay nearly $6 million to Taliban for security 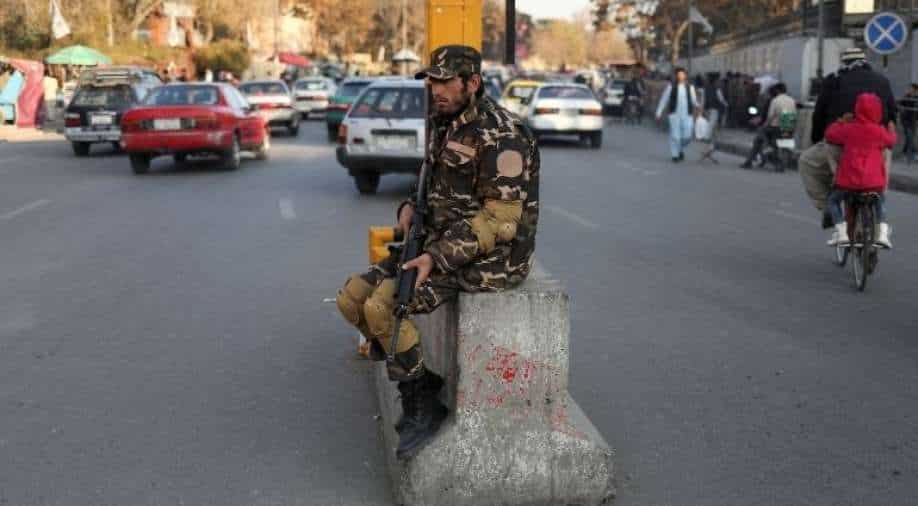 The United Nations is proposing to pay nearly $6 million for protection in Afghanistan to Taliban-run Interior Ministry personnel, whose chief is under UN and US sanctions and wanted by the FBI, according to a UN document and a source familiar with the matter.

The proposed funds would be paid next year mostly to subsidise the monthly wages of Taliban fighters guarding UN facilities and to provide them a monthly food allowance under an expansion of an accord with the former US-backed Afghan government, the document reviewed by Reuters shows.

The plan underscores the persisting insecurity in Afghanistan following the Islamist Taliban’s takeover in August as the last US troops left, as well as a dire shortage of funds hampering the new government because of a cutoff of international financial aid.

“The United Nations has a duty as an employer to reinforce and, where necessary, supplement the capacity of host states in circumstances where UN personnel work in areas of insecurity,” deputy UN spokesman Farhan Haq wrote in an email in response to Reuters’ questions about the proposed payments. He did not dispute the contents of the document.

Several experts said the proposed payments raise questions about whether they would violate US and UN sanctions on the Taliban and their top leaders, and whether the United Nations could detect diversions of funds for other purposes.

“What it comes down to is there is no proper oversight,” said the source, who requested anonymity to discuss the matter.

Those under sanctions include deputy Taliban leader and Interior Ministry chief Sirajuddin Haqqani. He heads the Haqqani network, a faction blamed for some of the bloodiest attacks over 20 years of war. The United States, which says Haqqani is close to al Qaeda, is offering a $10 million reward for information leading to his arrest.

The UN Assistance Mission to Afghanistan (UNAMA) budget is “currently under review,” but the mission “maintains full compliance with all UN sanctions regimes,” Haq said.

He did not respond to a question about whether the proposed payments would breach US sanctions.

A US Treasury Department official said the Taliban and the Haqqani network remain designated under the US government's counterterrorism sanctions program and that unauthorized people supporting them "risk exposure to US sanctions."

The official, speaking on condition of anonymity, declined to comment on the UN proposal.

The proposed funds would bolster the cash-strapped Taliban’s ability to protect some 3,500 UN personnel in Kabul and 10 field offices. Many are striving to help the country of 39 million cope with food shortages amid a public services breakdown and an economic collapse accelerated by the evaporation of foreign financial aid.

The UN document says most of a proposed $4 million security budget for 2022 shared by the 20 UN agencies operating in Afghanistan “constitutes payments in respect of supplementing host nation resources for their primary responsibility to protect UN personnel (as foreseen in our SOMA).”

SOMA stands for a Status of Mission Agreement with the former government. Under the accord, the United Nations subsidized the costs to the Interior Ministry of police who protected UN facilities, the source said.

Most of the $4 million would boost the wages of individual Taliban members by $275-to-$319 per month and provide a monthly food allowance of $90 per person, “which was previously only paid in the regions but now also extended to Kabul,” the document said.

UNAMA would spend an additional nearly $2 million “for similar services” outside the security budget shared with other UN agencies, the document added.

“The UN system provided allowances to personnel who perform supplementary security services which are critical to the safety of personnel and compounds, as well as operations and movements in the country,” said Haq.

Such funds, he said, are paid directly to recipients "and not through the de facto authorities.”