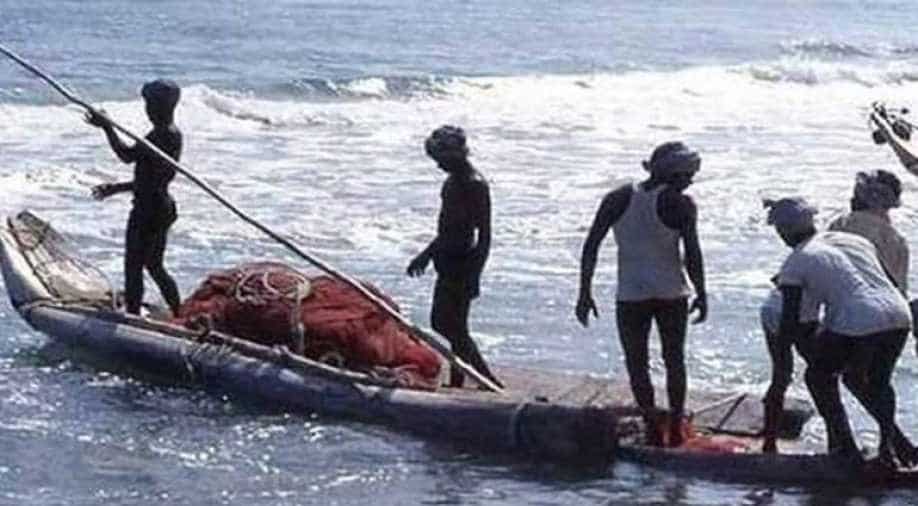 Around Indian 600 fishermen had gone fishing on Monday between Dhanushkodi and Katchatheevu islands.

The Sri Lankan Navy allegedly attacked a group of Indian fishermen on Monday night for allegedly trespassing into the island nation’s territorial waters.

According to the reports, men on the Sri Lankan Navy boat are seen hurling stones at the Indian fishermen's boat.

Around Indian 600 fishermen had gone fishing on Monday between Dhanushkodi and Katchatheevu islands.

Earlier on October 23, Six Sri Lankan fishermen were detained by the Coast Guard while fishing in Indian territorial waters, the maritime agency said on Thursday.

It has also impounded the fishing boat, the Coast Guard said, adding the crew were being brought to Karaikal harbour, near Nagapattinam in Tamil Nadu.