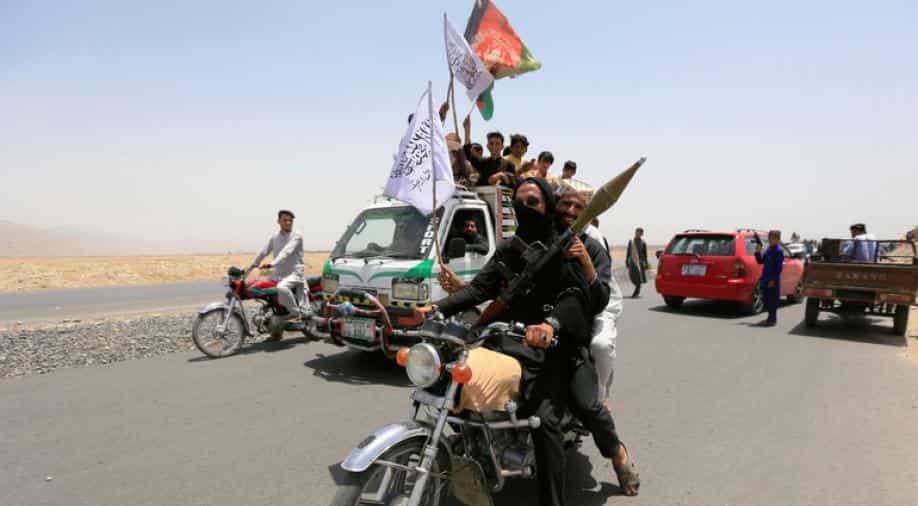 The sixth round got going on April 30 in Qatar's capital, Doha, but wound up early in response to a Taliban attack on an aid group in the capital, Kabul, on Wednesday, a senior official with knowledge of the talks said.

Talks with the Taliban on ending Afghanistan's war are making steady but slow progress, the chief US envoy involved in the negotiations said on Friday while signalling growing frustration with relentless militant violence.

The sixth round of talks ended on Thursday in Qatar with "some progress" on a draft agreement on the withdrawal of foreign troops, a Taliban official said.

The United States is seeking a Taliban guarantee they won't let militants use Afghanistan to stage attacks.

The sixth round got going on April 30 in Qatar's capital, Doha, but wound up early in response to a Taliban attack on an aid group in the capital, Kabul, on Wednesday, a senior official with knowledge of the talks said.

The chief US envoy, Zalmay Khalilzad, did not say if the talks had ended early, in comments he posted on Twitter, but expressed frustration with Taliban violence that has shown no sign of easing.

"We made steady but slow progress on aspects of the framework for ending the Afghan war. We are getting into the 'nitty-gritty.' The devil is always in the details," Khalilzad said.

"However, the current pace of talks isn't sufficient when so much conflict rages and innocent people die. We need more and faster progress. Our proposal for all sides to reduce violence also remains on the table."

Nine people were killed and at least 20 were wounded when Taliban fighters set off a big bomb at the gate of the Counterpart International aid group's office in Kabul, and then battled Afghan security forces for seven hours.

Taliban spokesman Zabihullah Mujahid said his fighters attacked the group because it promoted "Western culture", including the mixing of the genders.

Officials from the aid group were not available for comment.

The attack in Kabul triggered a sense of unease between the US and Taliban negotiators in Qatar, three senior officials said.

"The original plan was to continue the talks," said one of the officials, who declined to be identified. "It ended abruptly due to the attack."

Last year, US President Donald Trump's administration accelerated efforts to find a political settlement in Afghanistan and reduce the US troop presence there.

About 17,000 foreign troops are based in Afghanistan - most of them American - as part of a US-led NATO mission to train, assist and advise Afghan forces. Some US forces carry out counter-terrorism operations.

But the Taliban have repeatedly rejected calls for a ceasefire, and they also refuse to talk to the US-backed Afghan government, and have instead stepped up their attacks.

"They are clearly giving a message that they can continue war and peace talks at the same time and are engaged in negotiations from a position of strength," said a Western diplomat in Kabul.

But the level of violence was putting pressure on the US side to come up with a plan to end it, the diplomat said.

"There is no time left for fake bonhomie when people were dying every hour."

An aide to Afghan President Ashraf Ghani questioned the entire process, given the Taliban rejection of a ceasefire.

"He appeals for a reduction in violence but clearly the Taliban are not listening," the presidential aide said, referring to Khalilzad.

"So we wonder, what's the point of holding talks?"