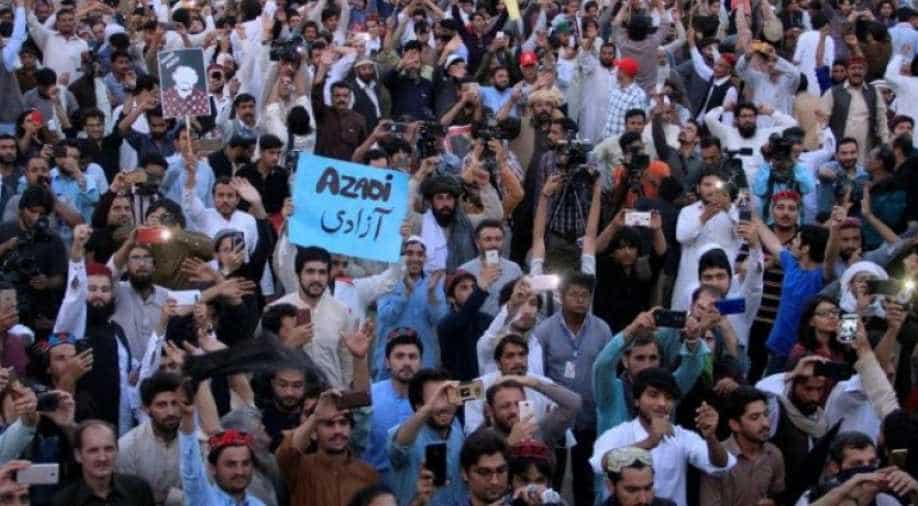 Arman Loni died after police tried to break up a four-day demonstration in the city of Loralai by the Pashtun Tahaffuz Movement (PTM).

Authorities in Pakistan's Baluchistan province said on Sunday they had launched an investigation into the death of a regional leader of a Pakistani civil rights group, who died in what his movement called a "targeted attack" by police at a sit-in.

Arman Loni died on Saturday after police tried to break up a four-day demonstration in the city of Loralai by the Pashtun Tahaffuz Movement (PTM), which stages demonstrations nationwide against violence and disappearances carried out by the state.

A police spokesman said Loni had died of a heart attack following clashes between protesters and police. But Mohsin Dawar, a member of parliament and founding member of PTM, said the police had singled Loni out and deliberately beat him to death because of his role as a leader of the group.

"It was a targeted attack on him by police, I think his neck was broken and this was confirmed in the postmortem," Dawar told Reuters, adding that he was killed for his "association with PTM".

The group, which was founded a year ago to protest against the death of a Pashtun man killed by police in the southern port of Karachi, regularly draws thousands of protesters to its demonstrations against state violence. It has called nationwide protests for Tuesday to highlight the killing of Loni.

The Baluchistan chief minister has ordered an inquiry into the killing. Both the Baluchistan home minister and information minister said they had no knowledge of how he died.

PTM blames the Pakistani military and other state organs for what it says are forced disappearances resulting in thousands of unresolved missing person cases, primarily from the ethnic Pashtun region bordering Afghanistan.

Dawar and fellow lawmaker Ali Wazir, both PTM founders who were elected to parliament in July, were initially barred from entering Baluchistan by security officials and had to use "alternate routes" to make it to Loni's funeral, Dawar said.

A notification from the provincial home department reviewed by Reuters said Dawar and Wazir were barred from entering the province for 90 days in "the best interest of peace and security".

Provincial Home Minister Agha Umer Bangulzai confirmed that PTM leader Manzoor Pashteen had been barred from the province but said he knew nothing about movement restrictions on the two lawmakers Dawar and Wazir.

Last month Alamzeb Mehsud, another senior PTM leader, was arrested in Karachi, causing a social media outcry. He has been charged under anti-terrorism and public order laws. Supporters say he has been targeted for protesting against abuses by the military.