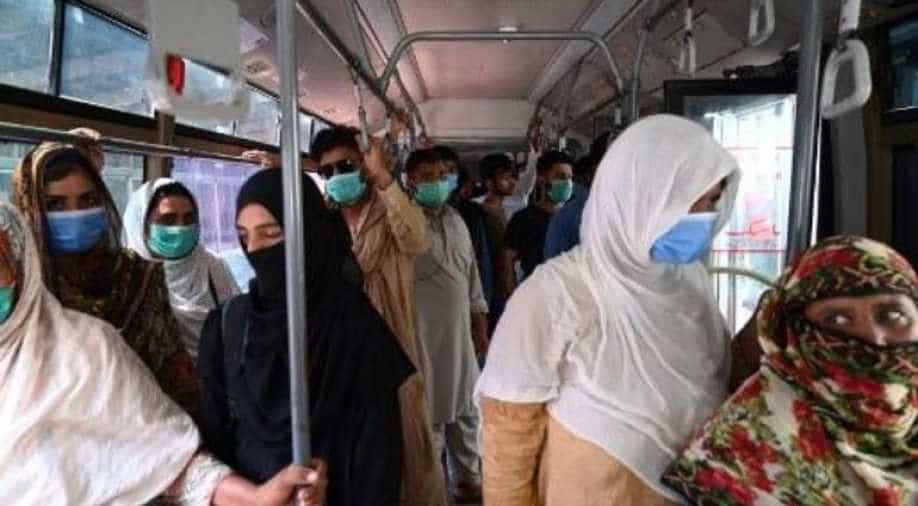 "The National Command and Operations Centre (NCOC) is closely monitoring the situation. If there is no improvement in SOPs compliance observed, NCOC will have no choice but to revert to strict measures leading to re-closures of services," the body said in a statement on Wednesday.

Pakistan's top body, which oversees the response to the coronavirus pandemic, on Wednesday, warned that strict measures, including lockdown, could be initiated to contain the infection if people don't stop violating government guidelines, as the country's COVID-19 mortality rate increased by 140 per cent compared to past few weeks.

"The National Command and Operations Centre (NCOC) is closely monitoring the situation. If there is no improvement in SOPs compliance observed, NCOC will have no choice but to revert to strict measures leading to re-closures of services," the body said in a statement on Wednesday.

During a special session of the NCOC to monitor an increase in cases, the body led by Minister for Planning Asad Umar was informed that there is a clear resurgence of the virus while deaths are also increasing. All chief secretaries were directed to "strictly implement" standard operating procedures (SOPs), Geo TV reported, citing the statement.

"Strict punitive actions on SOP violations will be initiated," it said, adding that wearing of face masks and social distancing must be ensured.

At least 19 people have died of coronavirus in Pakistan in the last 24 hours, taking the total number of fatalities to 6,692.

The NCOC statement comes a day after Umar said that the COVID-19 mortality rate in Pakistan has increased by 140 per cent in the last week and warned the public against ignoring the safety protocols.

"Last week daily COVID mortality was 12. This is a 140 per cent increase vs few weeks back. We are collectively committing a blunder by recklessly ignoring all SoPs & the results have started to show. If we do not change our current path we will lose both lives and livelihoods," he tweeted on Tuesday.

Meanwhile, the Cabinet has expressed serious concern over the increase in coronavirus cases in the country and asked people to take necessary precautions against the expected second wave of the pandemic.

Radio Pakistan reported that a Cabinet meeting chaired by Prime Minister Imran Khan in Islamabad was informed about the rise in the number of new cases in October as compared to the figures of July and August.

It was pointed out that the COVID-19 positivity rate has risen to two per cent, while the number of deaths has also gone up.

Positivity rate is the percentage of positive results out of the total number of tests sampled.

The Ministry of National Health Services said that the total number of COVID-19 cases has risen to 324,744 after 660 new infections were reported in the last 24 hours.

So far, 308,674 people have fully recovered from the disease, while some 559 are in critical condition, according to the ministry.

The authorities have performed 26,670 tests in the last 24 hours, taking the number of total tests conducted in the country to 4,148,739.