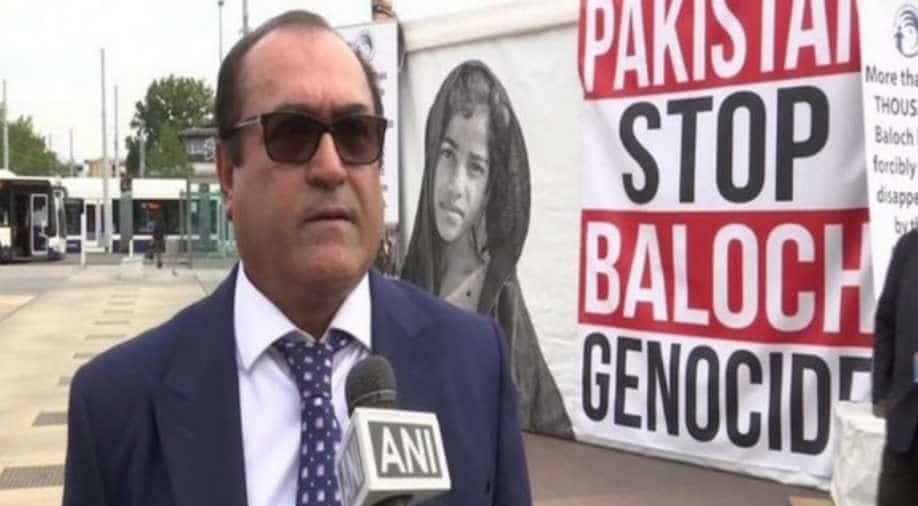 "We have suffered a lot. Our socio-cultural, economic rights have been denied. Balochistan has been plundered, they have looted our resources. Balochistan is rich in minerals and natural resources, yet the people suffer," Baloch told ANI.

He also termed Islamabad a "rogue state" with no law and justice.

"We have suffered a lot. Our socio-cultural, economic rights have been denied. Balochistan has been plundered, they have looted our resources. Balochistan is rich in minerals and natural resources, yet the people suffer," Baloch told ANI.

"Pakistan is a breeding ground for terrorism. Pakistan is not only committing systematic genocide of Baloch people but also involved in the genocide of our Sindhi brothers, Pashtuns. It's also a threat to the world because it is a rogue state, there is no law, no justice," he added.

Along with Samad, many other activists have also called out Islamabad for committing Human Rights violations against the religious minorities.

This comes at the time when the Pakistan government has submitted a dossier in UNHRC over Kashmir.

At the UNHRC session, Foreign Minister Shah Mahmood Qureshi presented a false narrative on Kashmir maintained by his country following the Indian government's historic move to abrogate Article 370. However, Pakistan has been strongly reprimanded by Indian delegation.

On Tuesday, the Baloch Human Rights Council organised a briefing on 'The Humanitarian Crisis in Balochistan' at a special tent at Broken Chair in front of the UN headquarters.

Before that, a protest was organised by the World Sindhi Congress (WCS) at a time when Pakistan Foreign Minister Shah Mehmood Qureshi was speaking at the 42nd session of the United Nations Human Rights Council.

Pakistan has been condemned internationally for cracking down on the minorities living in their countries.

Islamabad has also reportedly been discriminating against its religious minorities which is manifested in various forms of targeted violence, mass murders, extrajudicial killings, abduction, rapes, forced conversion to Islam, etc., making the Pakistani Hindus, Christians, Sikhs, Ahmadiyyas, and Shias one of the most persecuted minorities in the region.

Last month, the United States, the United Kingdom, and Canada had raised the issue of suppression of religious freedom by China and Pakistan and slammed the two Asian nations for "persecuting and repressing" their religious minorities.

During the meet on Safety of Religious Minorities, the US, UK, and Canada expressed concerns over the increasing, widespread and undue restrictions on religious freedom in the two countries. They also highlighted the discrimination suffered by the Uyghur community in China and of Christians, Ahmadis, Hindus and other minorities in Pakistan.