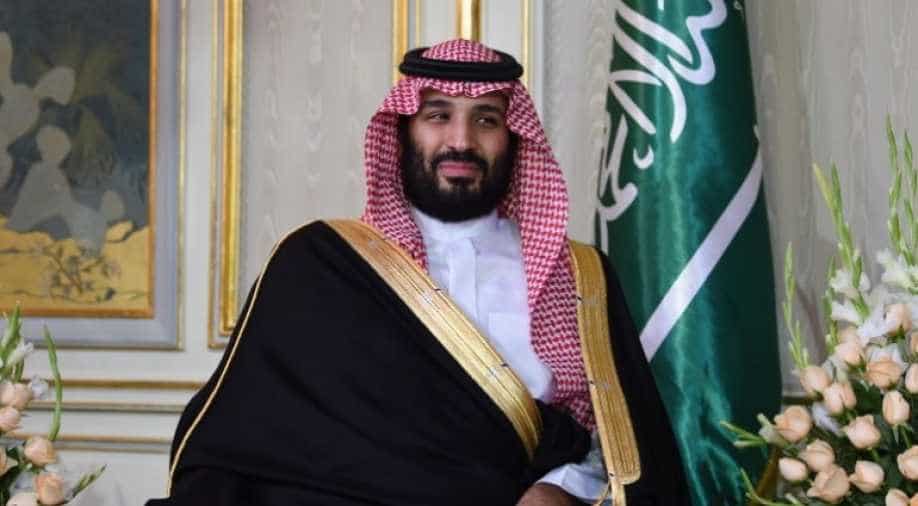 Islamabad is hoping to sign a raft of investment deals and other agreements during the two-day visit, which begins Saturday.

Pakistan was rescheduling flights, blocking-off luxury hotels, and -- according to one report Friday -- collecting 3,500 pigeons and colourful balloons to release during a welcome ceremony for Saudi Arabian Crown Prince Mohammed bin Salman.

Islamabad is hoping to sign a raft of investment deals and other agreements during the two-day visit, which begins Saturday and will include talks with Pakistan's Prime Minister Imran Khan and the powerful army chief, General Qamar Javed Bajwa.

Banners heralding the crown prince were already lining the streets of the capital Friday, while the Express Tribune newspaper reported that authorities were trying to catch so many pigeons for a welcome ceremony that they were forced to collect birds from other cities.

The capital's "red zone", which houses Parliament House and the Presidency, was to be sealed off, while civil aviation authorities have been told to reschedule flights during the prince's arrival and departure.

Authorities in the capital said two five-star hotels had been ordered to cancel all advance bookings as the rooms will be reserved for the prince's entourage.

Earlier in the week local media reported that the crown prince's personal belongings -- including luxury vehicles and his own gym -- were flown to Pakistan in two C130 airplanes.

The visit came as regional tensions spiked after neighbouring India accused Islamabad of harbouring militants behind a deadly attack in Indian-administered Kashmir.

At least 41 paramilitary troops were killed in a suicide blast Thursday, with Indian media reporting that the Pakistan-based Islamist group Jaish-e-Mohammed had claimed responsibility.

The crown prince, who is due to visit India after Pakistan, also continues to be tarnished by his alleged links to the brutal murder of Saudi journalist Jamal Khashoggi.

Saudi Arabia is reportedly preparing to sign a record investment package with Pakistan, including a $10-billion refinery and oil complex for the strategic Gwadar Port on the Arabian Sea.

Pakistan's foreign office spokesman said Islamabad is seeking to sign a number of other deals, including one "combating organised crime".

Khan has been courting its Gulf allies for months as he seeks to stave off an ongoing balance of payments crisis and reduce the size of any potential bailout from the International Monetary Fund.

The Wall Street Journal reported that Saudi Arabia and the United Arab Emirates have together offered Islamabad some $30 billion in investment and loans.

Saudi Arabia and Pakistan are also participating in talks with the US and other countries seeking to bring the Taliban to the table for peace negotiations with Kabul after more than 17 years of war.

The Taliban have claimed their representatives will visit Islamabad on Monday, after Salman leaves.