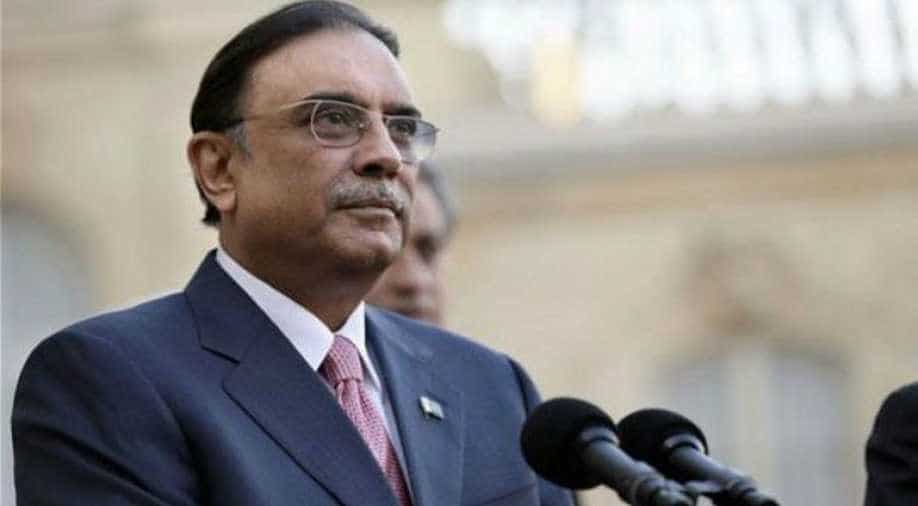 The PPP leader's physical remand was extended by 11 days on June 21, after which he was supposed to be presented in the accountability court today.

The court took up the case as Zardari`s physical remand ended on Tuesday, Express Tribune reported.

The PPP leader's physical remand was extended by 11 days on June 21, after which he was supposed to be presented in the accountability court today.

He was arrested in the Park Lane case on Monday, days after he withdrew his interim bail applications filed with the Islamabad High Court (IHC).

Zardari was also arrested by the anti-graft body earlier on June 10 in the fake accounts case.

Meanwhile, speaking to media personnel in an informal manner outside the accountability court post-hearing, Zardari, criticised the federal government, saying "now that they are taxing cars, it seems like there's a razor in the monkey's hands", according to Geo News.

"The NAB [National Accountability Bureau] didn't arrest me. I actually turned myself in," he added.

Commenting on how arrests of the opposition leaders would continue, the PPP leader said, "We will persistently fight and we are doing so even after turning ourselves in."

The anti-graft watchdog had initiated an inquiry against him and his son, Bilawal Bhutto Zardari, on charges that they illegally transferred forest land to the firm in collusion with some government officials. Bilawal was given a clean chit in the case on June 12.