Over 100 bridges in India can collapse anytime: Nitin Gadkari 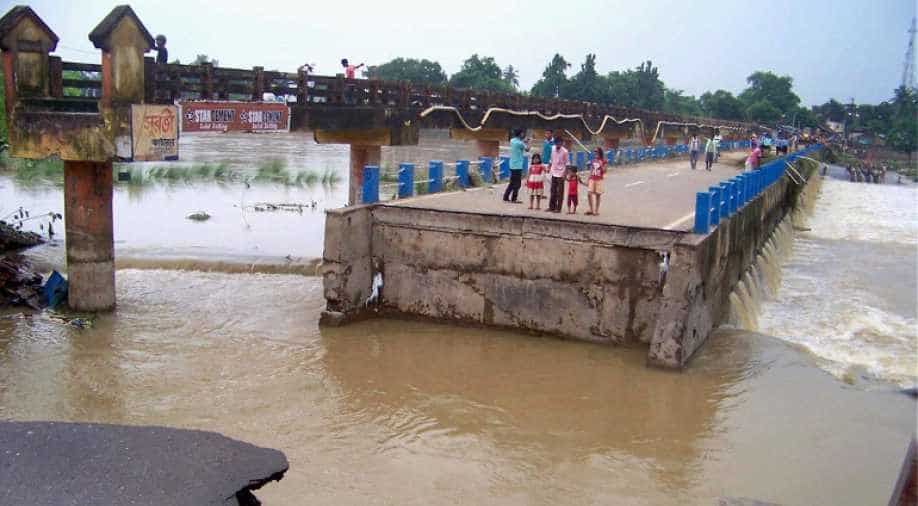 The bridge on the Gandheswari River collapses in flood-hit Bankura district of West Bengal on July 26. (Representative image) Photograph:( PTI )

Road Transport and Highways Minister told the Lok Sabha that his ministry has completed a safety audit of 1.6 lakh bridges in the country and found more than 100 structures in a dilapidated condition

Nitin Gadkari said that his ministry has completed a safety audit of 1.6 lakh bridges in the country and found more than 100 structures in a dilapidated condition.

"100 bridges can be collapse anytime and they need immediate attention," Nitin Gadkari said during Question Hour in the Lok Sabha.

The Road Transport and Highways Minister highlighted an incident that took place in the Konkan region of Maharashtra last year where two state-run buses and some private vehicles were swept away after a British-era bridge over the Savitri river collapsed.

He said that his ministry had last year launched a special project to create a database of all bridges and culverts in the country to avert mishaps.

The minister blamed issues related to land acquisition, encroachment and environmental clearance for the delay in the works on various road projects.

He said road projects worth Rs 3.85 lakh crore were delayed due to various reasons in the past and most of these issues were resolved and their works are in progress.