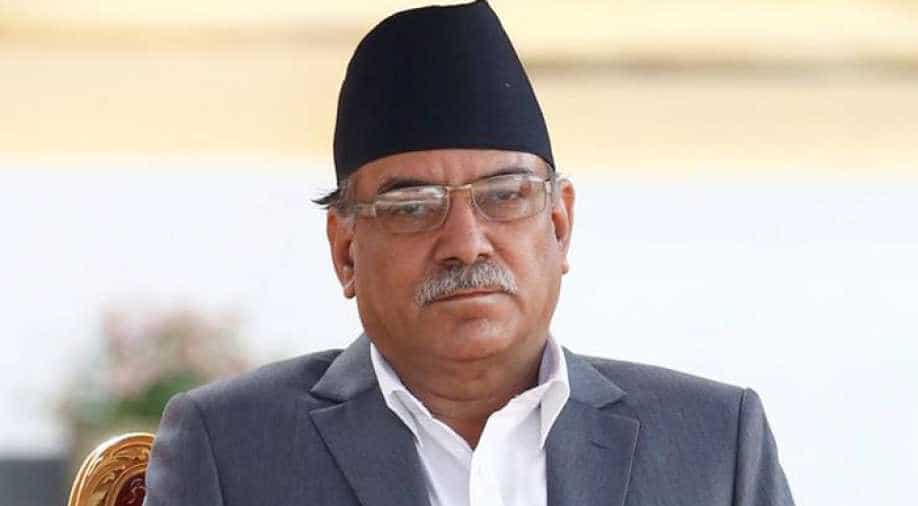 Prachanda was the ninth leader of Nepal since the end of the civil war in 2006. (File photo) Photograph:( Zee News Network )

Nepal's prime minister resigned Wednesday as part of a planned handover to a former political foe who will be the impoverished nation's tenth leader since the end of the civil war in 2006.

Pushpa Kamal Dahal, who led the decade-long Maoist insurgency before entering politics, is expected to be succeeded by three-time former prime minister Sher Bahadur Deuba, who heads the main party in the current coalition government.

"I announce my resignation from the post of the prime minister today, right now, with a pledge to continue being active for the upliftment of the country and the people as a politician, parliamentarian and a citizen," Dahal said in a televised speech in which he catalogued his government's achievements.

Dahal, who still goes by his nom de guerre Prachanda, or "fierce one", had promised to step down after holding local elections as part of the agreement that brought him to power last August.

Local elections were held in three of the country's seven provinces 10 days ago.

Deuba's appointment is expected to be confirmed in a parliamentary vote within the next 10 days.

Dahal, 62, came to power after withdrawing support from the then-government and realigning his Maoist party with Deuba's centre-right Nepali Congress.

It was an uncomfortable alliance -- at the height of the civil war Deuba, then prime minister, had announced a five million rupee ($50,000) bounty for Dahal's capture, dead or alive.