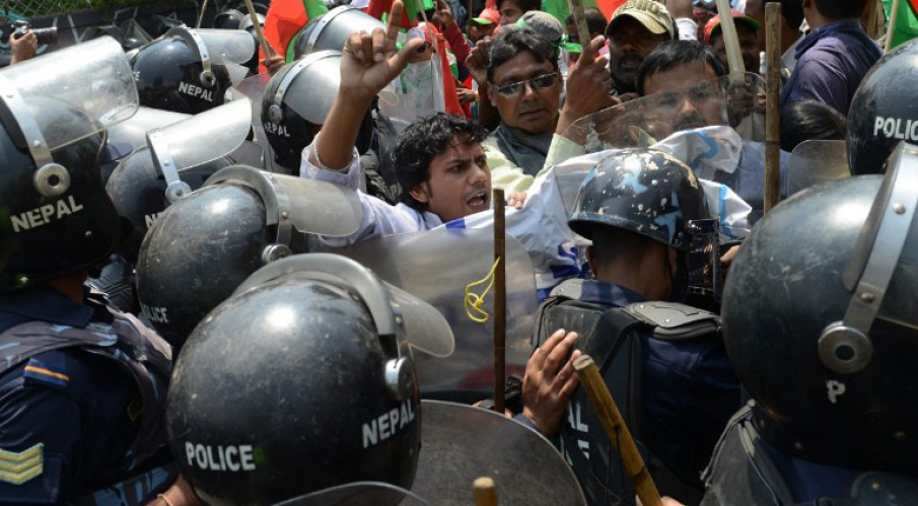 The CPN-UML workers were protesting against a bill aimed at carving out a new province to meet the demands of agitating Madhesis and other ethnic groups. (Representative image) Photograph:( AFP )

At least 21 workers from Nepal's main Opposition party were injured in clashes with police during a protest in Kailali district Wednesday.

The workers were protesting a constitution amendment bill which aims to carve out a new province in the country to meet the demands of the Madhesi -- plains dwellers in the south of the country -- and other ethnic groups, including citizenship issues and delineation of provincial boundaries.

Despite the motion, the United Democratic Madhesi Front (UDMF) refused to support the amendment bill, saying it was not acceptable in its current form.

The CPN-MUL meanwhile has asked the government to release its members.

A political crisis has been brewing ever since the country's new constitution was adopted in September 2015, dividing the country into seven provinces. The Madhesis want no mixing of the hill and plain districts.