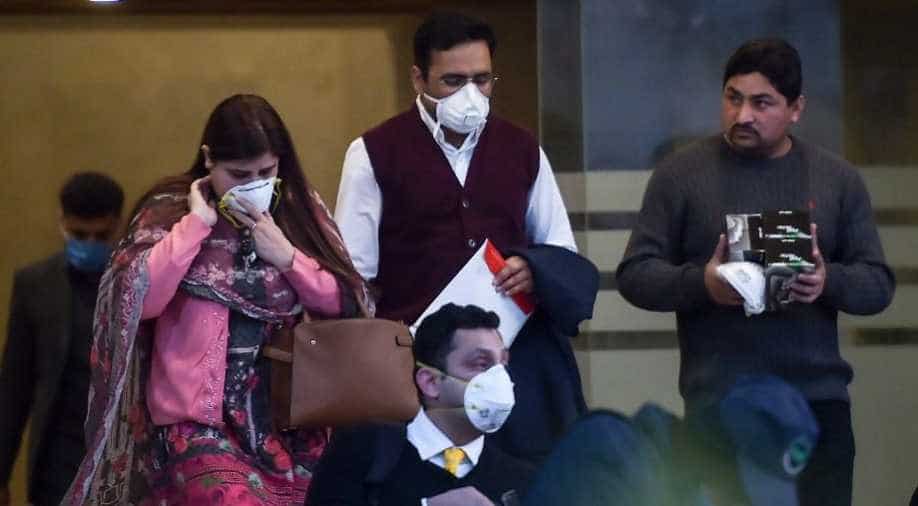 As part of the measures against the deadly virus spread, the national carrier Pakistan International Airlines on Thursday suspended its flights to Beijing.

Pakistan on Friday halted flights to and from China until February 2 as a precautionary measure after the death toll due to coronavirus epidemic spiked to 213, with the WHO declaring it a global health emergency, officials said.

The death toll rose to 213, mostly of elderly people, after 43 new deaths all but one in Hubei, the epicentre of the outbreak, China's national health authorities said, adding that 1,982 new cases had been confirmed, bringing the total to 9,692.

He said the decision would be reviewed later depending on the situation.

The step was taken after the World Health Organisation declared that the coronavirus threat was a global health emergency.

As part of the measures against the deadly virus spread, the national carrier Pakistan International Airlines on Thursday suspended its flights to Beijing.

On Thursday, Pakistan government decided not to evacuate its citizens from the coronavirus-hit Wuhan city to show "solidarity" with China though four Pakistani nationals have contracted the deadly disease in China.

There were up to 800 Pakistanis studying in various universities in Wuhan, a city of 11 million people, quarantined by the Chinese authorities to stem the spread of the deadly virus that has killed 170 people and infected nearly 8,000 others.

Meanwhile, a Pakistani student who returned to Karachi from China on his own has been quarantined at a private hospital, officials said.

A top official of the Sindh Health Department said that the student Arsalan had returned privately from China as he resided in the low-income Lyari area.

"But we moved him to the private hospital and placed him in quarantine in an isolation ward on Thursday itself," the official said.

He said samples of nose fluid had been obtained from Arsalan and sent for testing to the national health organisation in Islamabad.

"If the tests of the sample come negative, Arsalan will be immediately released from the hospital but right now we can't take any risks," he said.

Pressure is growing on the Pakistan government to repatriate Pakistani students and citizens from China especially those who were in Wuhan.

Dr Qaiser Sajjad, the secretary-general of the Pakistan Medical Association, said on Friday that the students should be brought back immediately and they can be placed in quarantine in isolation wards set up in government hospitals and if their tests are negative they can be sent home.

Pakistan set up a high-level committee to suggest measures to counter the threat of coronavirus.

Several airlines from various countries have imposed a temporary ban on its operation to and from China, including Germany's Lufthansa, UK's British Airways and India's Air India and Indigo.