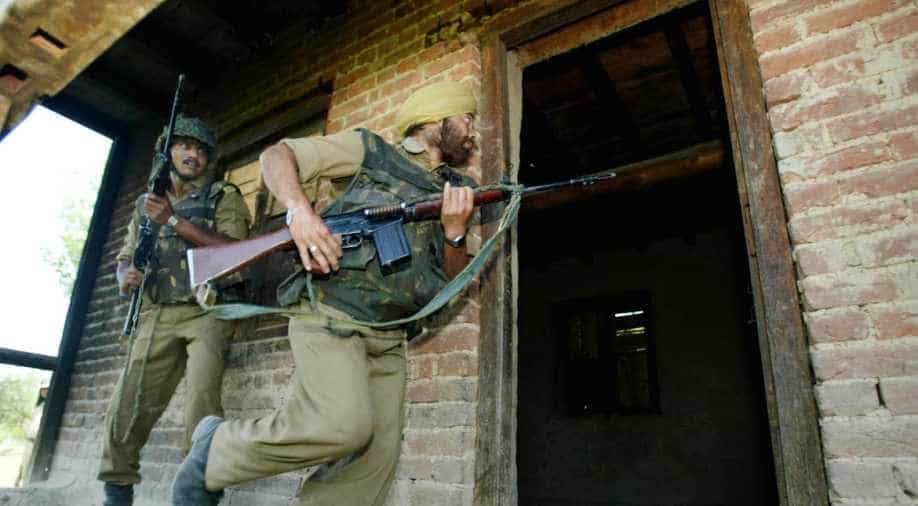 In another operation in Baramulla district, the Army apprehended one terrorist, while two more were reportedly holed up in the area. Photograph:( Getty )

An Indian army soldier and two militants were killed in an encounter in north Kashmir's Bandipora district today.

The encounter broke out between security forces and militants in Naidkhai area of Bandipora after security forces launched a search operation following specific intelligence inputs, an army official said.

He said two militants were killed in the encounter, while an army soldier also lost his life.

The identity and group affiliation of the slain militants is being ascertained, he said.

Meanwhile, the official said, another encounter broke out between militants and security forces in Sopore area of Baramulla district.

The army apprehended a local terrorist in the Tujjar village following which the security forces cordoned off the area. Two more terrorists were reportedly holed up in the area.