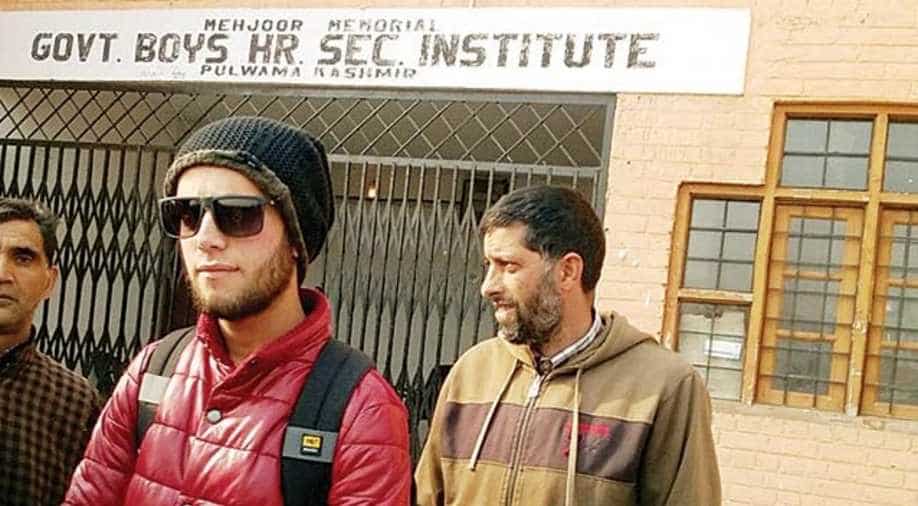 Over 1,100 people, mostly teenagers, have suffered injuries in their eyes when security forces fired pellets to quell the violent mobs across Kashmir. Photograph:( DNA )

A whiff of fresh air amid the unrest. The students who suffered damage to their eye by pellet guns in the months-long violence in Jammu and Kashmir , sent a powerful message across when they wrote their Class X exams despite staring at a bleak future.

Class X student Suhaib Nazir suffered vision impairment in one of his eyes when security forces fired pellets after clashes broke out in his area of Pulwama district in south Kashmir in July this year.

Despite being operated once, the 16-year-old is unable to regain his eyesight.

Suhaib decided to postpone his second surgery, and appear for his examination. “Doctors have recommended a second surgery. I told them that I will first sit for exams and later go for the operation,” said Suhaib.

For Suhaib, education is the only means to achieve big in life and that is why he decided to give it a chance, despite not been able to concentrate fully. Such was his conviction that he did not opt for a writing assistant and wrote his papers on his own.

“I did not opt for the assistant and wrote my papers myself. There was 50 per cent relaxation in the syllabus, which prompted me to write my papers before going for second surgery,” he said.

More than 90 people have been killed and over 13,000 people injured in four-month unrest that started after the killing of Hizbul Mujahedeen poster boy Burhan Wani on July 7. Over 1,100 people, mostly teenagers, have suffered injuries in their eyes when security forces fired pellets to quell the violent mobs across Kashmir.

Athar Hussain, 16, had undergone three surgeries to regain eyesight after he was hit by the pellets. So far doctors have little success in restoring his vision. He has been asked to remain ready for the fourth surgery so that he could regain his vision. When the exams were announced, Athar decided to give it a shot before going for the surgery. “It was difficult but I managed somehow. Education is the key and we have to pursue it,” he said.

(This report was first published in DNA.)