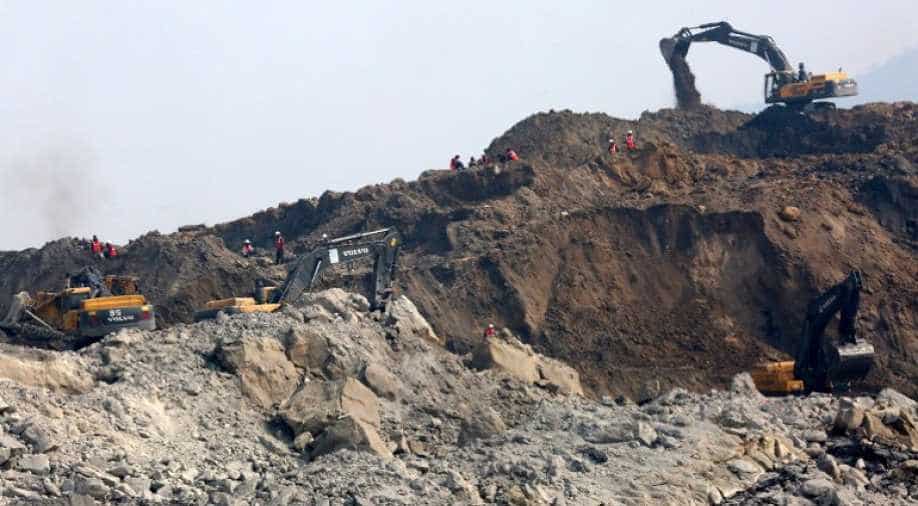 On December 29, a massive portion of the Lalmatia coal mine caved-in and claimed 18 lives. Photograph:( AFP )

In the wake of Jharkhand coal mine cave-in, which claimed as many as 18 lives, the Minister of State for Power, Coal, New and Renewable Energy and Mines, Piyush Goyal, ordered a safety audit of all 418 coal mines across the country.

“All 418 coal mines across the country to undergo safety audit,” said Goyal at a press conference of Confederation of Indian Industry's national council meeting in Kolkata.

He added that the Director General of Mines Safety will carry out the safety audit of coal mines.

On December 29, a massive portion of the Lalmatia open cast coal mine caved-in at Godda district of Jharkhand and claimed as many as 18 lives.

Several miners and dozens of vehicles were buried in the collapse as they were heading towards the exit. However, the exact figure of the miners and other workers buried inside is yet to be ascertained.

The mine was being run by Eastern Coalfields Ltd – a subsidiary of Coal India, the world's largest coal miner – and operated by Mahalakshi Infracontract Pvt Ltd. An enquiry has been ordered to look into the collapse of the coal mine.

Meanwhile, National Disaster Response Force teams are carrying out the rescue operations. The area has been cordoned-off and CISF personnel have been deployed to prevent locals and others from entering the area, declared as a danger zone.

Thirteen excavators and dump trucks have been pressed into service to remove the debris. Sniffer dogs have also been deployed at the spot.