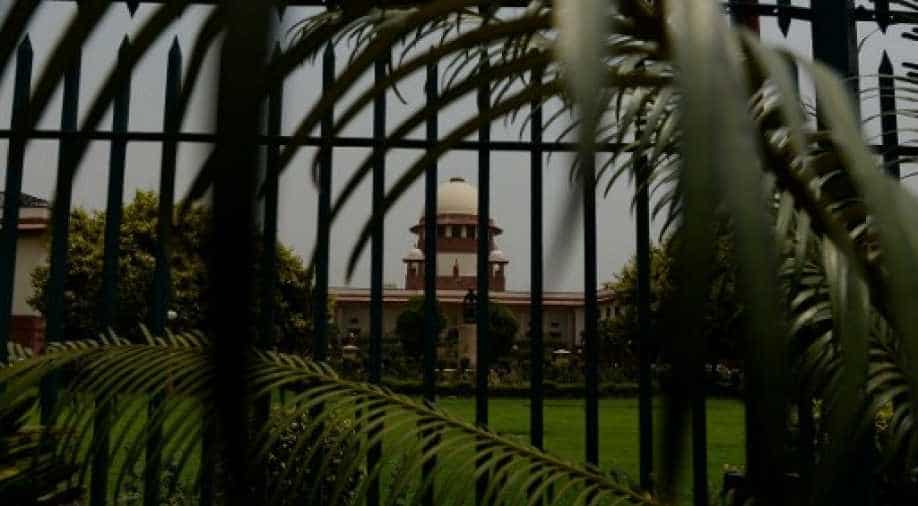 India's Supreme Court said that opening a probe would set a dangerous precedent given the manner in which the documents were filed and collected. Photograph:( AFP )

The 'Sahara diaries' -- a document impounded by taxmen during raids on Sahara and Birla offices in 2013 and 2014 -- had evidence of several big-name politicians, including the incumbent Prime Minister Narendra Modi and former Delhi chief minister Sheila Dikshit, of receiving bribes from the two conglomerates.

But the country's highest court said that "given the shape in which these documents have been collected and filed, we are of the opinion that it would not be safe and proper to order investigations".

The court also said it set a dangerous precedent if they ordered an investigation based on such papers. "If investigation is ordered on the basis of inadmissible evidence like this, constitutional functionaries can't function and democracy will not be safe."

Common Cause, an NGO, had filed a petition with the court, seeking an investigation against Narendra Modi and other politicians who were named in the seized documents.

The top court had similarly quashed an earlier plea in November, saying that the Sahara-Birla papers had "zero material" and was only an "insinuation".

“So far as this material is concerned, it does not arouse suspicion. We are not satisfied at all. These are high public functionaries. If you are bringing this material before us, it is nothing. It is a serious issue. You must give us something on which we can determine,” the bench had said.

Common Cause filed a fresh petition last week, appending some e-mails to its affidavit.

There were entries in Sahara diaries which suggested that Narendra Modi, who was then the chief minister of India's western state of Gujarat, had received nine transactions totalling Rs 40.1 crore ($5.8 million) from Sahara.

Pakistan to consider importing insecticides from India to fight locusts