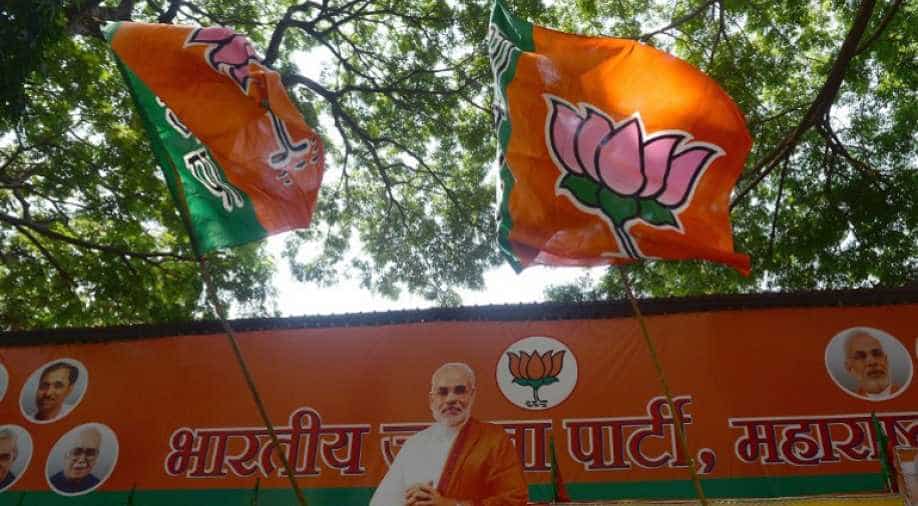 There have been a number of attacks reported on BJP and RSS workers in Kerala in the past. Photograph:( AFP )

With crude bombs being hurled at two Bharatiya Janata Party (BJP) offices Friday morning in Kerala, the party has come heavily down on the state government over the repeated attacks, questioning the kind of environment being created in the state.

"Bombs are being hurled, murders are taking place and other such attacks are happening only because these people are associated with Rashtriya Swayamsevak Sangh (RSS) and BJP. What kind of environment is being created in Kerala? It is the responsibility of the state government to take actions," BJP leader Nalin Kohli told ANI.

He added that terrorism is being spread all across the country and if no immediate actions are taken into consideration, then this kind of message will show that these culprits are getting support from within the government.

Two BJP offices in Naravanur and Mattanur in Kerala on Friday. The offices were severely damaged after the attack.

There have been many attacks reported on the BJP and RSS workers in Kerala in the past. A 30-year-old BJP worker was stabbed to death allegedly by CPI(M) cadres in the politically sensitive Kannur district on January 18.

In another incident in the district, a country-made bomb was hurled at the RSS Karyalaya at Thaliparamba on January 19, said police, adding no one was injured in the incident.