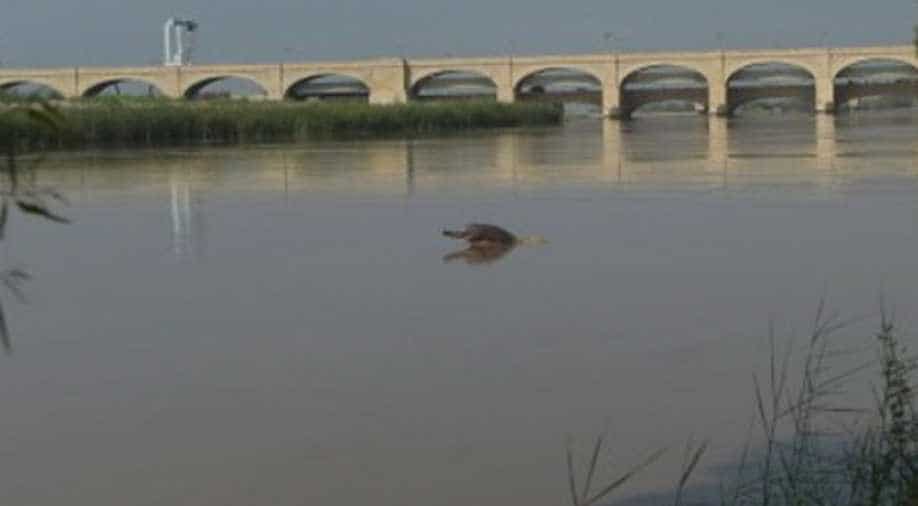 The image shows a dolphin in the Indus river. Photograph:( AFP )

A World Bank representative on Thursday held talks with officials of External Affairs and Water Resources ministries to resolve the deadlock between India and Pakistan on the Kishenganga and Ratle project in the Indian state of Jammu & Kashmir.

The officials from the two ministries explained India's position to the World Bank official saying the matter can be resolved through a bilateral mechanism or by the appointment of a neutral expert.

The World Bank representative Ian H Solomon is here as part of World Bank's efforts to break the deadlock between the two neighbours.

The Indian side, led by Joint Secretary in the MEA, Gopal Baglay, gave a presentation on the two projects and insisted that a neutral expert should go into the issue as Pakistan has raised objections on technical grounds, government sources said.

India has been maintianing that the issue can also be settled bilaterally and sources said the World Bank should not rush in to try and resolve the differences between the two countries.

They said India also maintained that the design of the projects do not violate the Indo-Pak Indus Water Treaty (IWT).

Under the IWT, signed by India and Pakistan in 1960, the World Bank has a specific role of dispute resolution between the two countries.

The World Bank had decided to set up a Court of Arbitration (CoA) to settle the disputes following Pakistan's demand and also agreed to appoint a neutral expert sought by India.

India had reacted strongly to the decision to appoint the CoA and last month the World Bank announced it would temporarily halt the two simultaneous processes to resolve the differences.

India has been maintaining that it is fully conscious of its international obligations and is ready to engage in further consultations to resolve the differences regarding the two projects.