Demonetisation: Banks to exchange cash only for own customers today 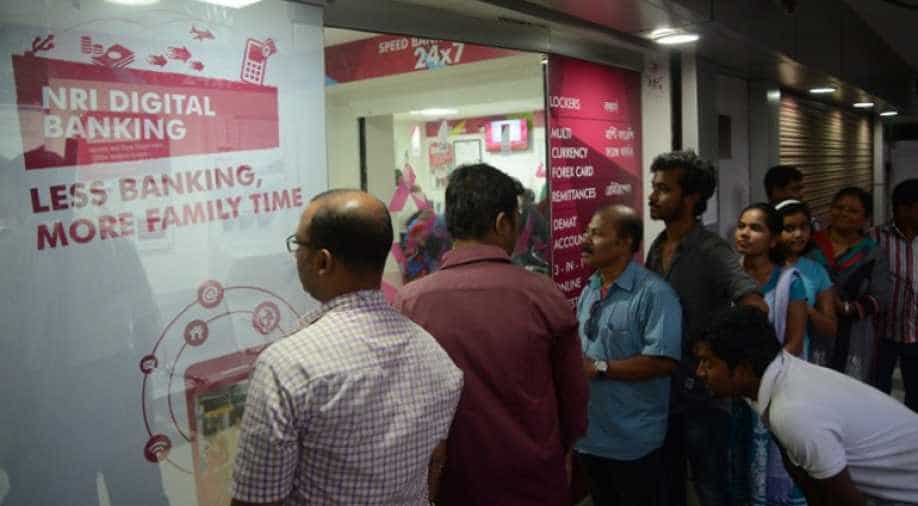 People queue inside a bank as they deposit and exchange 500 and 1000 currency notes in New Delhi . Photograph:( AFP )

Banks on Saturday will exchange old, high-value banknotes of Rs 500 and Rs 1,000 for its customers only, and not for people who don't hold an account with them, the Indian Banks' Association announced.

However, senior citizens have been exempted.

From Monday onwards, people can go to any bank to swap their old notes for new ones

"All these days our own customers have suffered because we have not been able to do their work. So, we have seen lot of pending work at branches especially for our existing customers. And tomorrow we will not be doing exchange of notes (for outside customers)," IBA chairman Rajeev Rishi said.

This will be enforced on Saturday only. From Monday onwards, people can go to any bank to swap their old notes for new ones, the IBA chairman further announced.

Banks will be closed this Sunday.

Earlier today, the government had warned that those who have allowed others to deposit money in their bank accounts, will be prosecuted for abetment under the Income Tax Act.

The finance ministry's directive comes against the backdrop of reports that some are using other persons' bank accounts to convert their black money into new denomination notes. If it is established that the money deposited in bank account does not belong to the account holder, it would be subject to tax, interest and 200 per cent penalty.

Since Prime Minister Narendra Modi's surprise announcement on November 8 to demonetise higher denomination notes of Rs 500 and Rs 1,000, banks and ATMs across the country have been witnessing serpentine queues to exchange now-invalid currency notes. Last week, banks across the country were open on both Saturday and Sunday to help the sudden currency crisis in the economy.

On Thursday, the government halved the limit of exchange of defunct notes to Rs 2,000. With effect from today, individuals can exchange invalid 500 and 1,000 rupee notes totalling Rs 2,000, as against Rs 4,500 earlier, till December 30.