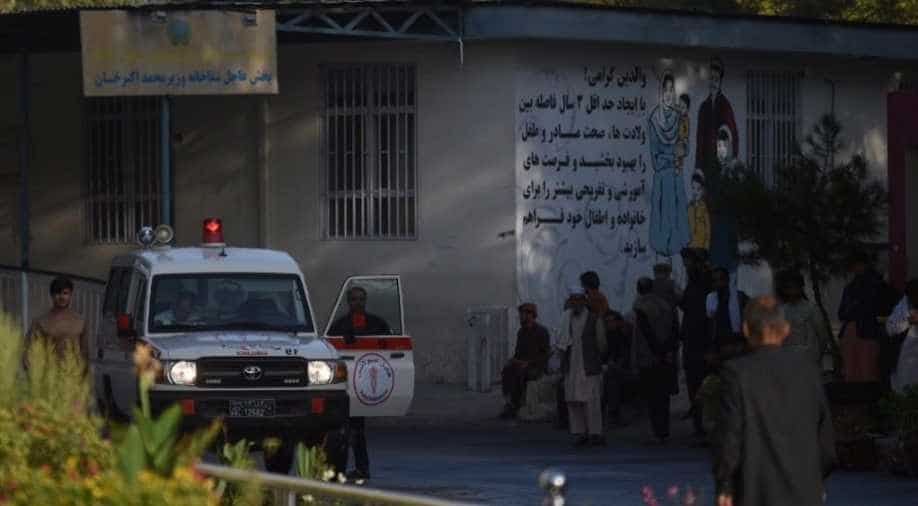 An ambulance is pictured outside Wazir Akbar Khan hospital as people wait after a massive explosion the night before in Kabul. Photograph:( AFP )

The toll from a massive blast claimed by the Taliban in Kabul has risen to 16 dead -- all civilians -- with scores more wounded, an official said Tuesday.

Interior ministry spokesman Nasrat Rahimi said the blast was caused by a tractor packed with explosives that had been parked alongside a wall by Green Village.

Green Village is separate from the nearby Green Zone, a walled-off and heavily fortified part of Kabul that is home to several embassies including the US and British missions.

The Taliban claimed the attack, which came as US special envoy Zalmay Khalilzad was in Kabul to discuss a proposed deal that would see the US withdraw troops from Afghanistan in return for insurgent security guarantees.

Residents in the area around Green Village were furious that their neighbourhood, which has been targeted before, had been hit once again and blamed the international presence.

Locals set tyres on fire, sending plumes of thick, acrid smoke into the morning sky, and closed off a main road alongside the scene of the attack.

"We want these foreigners to move out of our neighbourhood," local resident Abdul Jamil told AFP.

"This is not the first time we suffer because of them... We don't want them here anymore."