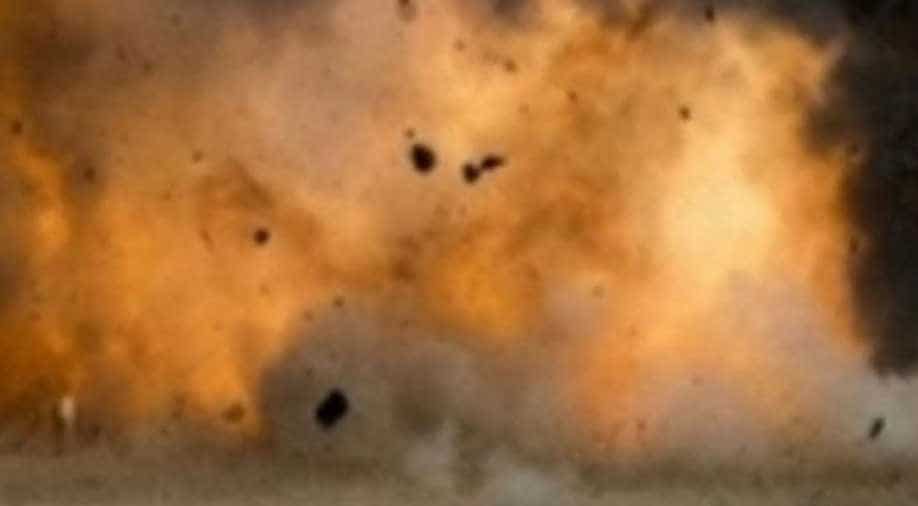 A car bomb killed at least three people and wounded several others in the Afghan capital Kabul on Saturday in an apparent attack on a foreign contractor company, officials said.

Interior Ministry spokesman Najib Danesh said all those killed and wounded in the explosion were civilians with no casualties among the contractors.

“Around 9:10 a.m. this morning a suicide car bomb exploded in Police District Nine of Kabul,” interior ministry spokesman Najib Danish said adding the target of the attack was not clear.

Witnesses said the casualty toll was higher but confirmed that, like countless other attacks in Kabul, its victims were ordinary people going about their daily activities.

"All those killed were barbers or shoeshine men. I was horrified when I saw their bodies," said Mohammad Osman, who was nearby when the explosion shattered nearby buildings and who said he had seen four or five bodies.

Police officials said the exact cause of the explosion was being investigated.

There was no immediate claim of responsibility for the blast which came days after the top U.S. general in Afghanistan said protecting the capital was “our main effort”.

While the latest blast was relatively minor compared with others that have killed scores of people recently, the constant stream of attacks in Kabul has undermined confidence in the Western-backed government of President Ashraf Ghani.

Earlier this week, General John Nicholson, the top U.S. commander in Afghanistan, said security in Kabul would be "the main effort" for international powers helping Afghan defence and security forces.