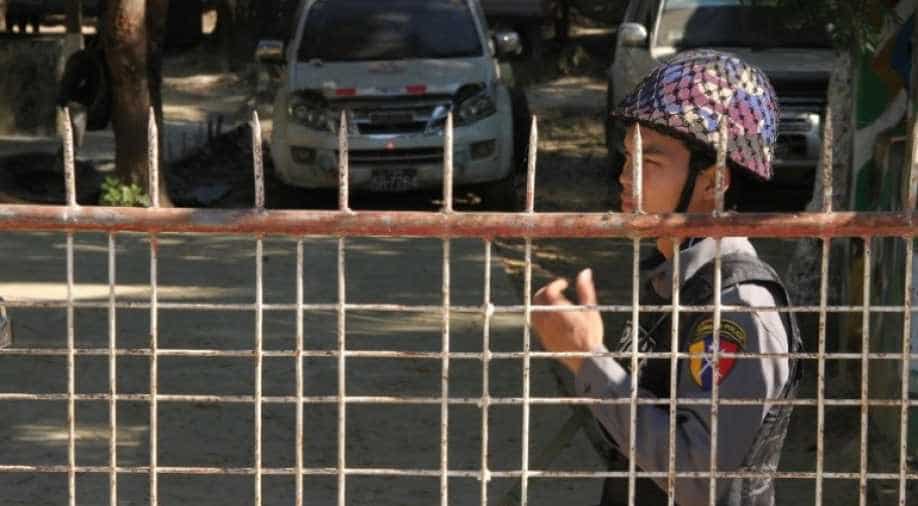 Meanwhile, paramilitary Border Guard Bangladesh (BGB) said they sent a detachment to enforce a vigil in its remote frontiers with Myanmar in bordering Bandndarban's Ruma area.

Bangladesh has sealed off its border with Myanmar amid fresh influx of refugees fleeing troubled Rakhine state following reported military clampdown, this time against the ethnic majority Buddhists and Hindus being the victims, Foreign Minister A K Abdul Momen said Wednesday.

Over 700,000 Rohingya Muslims have taken refuge in Bangladesh after fleeing from Rakhine state in neighbouring Myanmar to evade atrocities, which the UN called "a textbook example of ethnic cleansing", following the action by the military in August 2017.

"We can't take any more of them (Myanmar refugees). The border with Myanmar is almost sealed off," he told reporters before departing for New Delhi.

Momen is visiting India on his maiden overseas tour since Prime Minister Sheikh Hasina formed the government for the third consecutive terms after winning the December 30 general elections.

He said that Bangladesh has opened its border and allowed enough of the influx of refugees opening the border "now it is better if others (other countries) open their frontiers for them (refugees)".

Meanwhile, paramilitary Border Guard Bangladesh (BGB) said they sent a detachment to enforce a vigil in its remote frontiers with Myanmar in bordering Bandndarban's Ruma area.

"We have sent a detachment to Ruma frontiers to enforce a stringent vigil against fresh influx. The borders with Myanmar remained sealed off while only legal movement is underway through the Ukhia and Teknaf frontiers," BGB's region commander Brigadier General Ainul Morshed Khan said.

Reports suggest fighting between the Myanmar military and the rebel Arakan Army forced hundreds to flee their home to take refuge in Bangladesh and India.

Acknowledging the report, the foreign minister said, "We have heard that different ethnic and religious groups including Buddhists and Hindus, this time apart from (Rohingya) Muslims, are trying to enter Bangladesh amid fresh violence in Myanmar."

Earlier in the day, Momen met with special UN envoy on Myanmar Christine Schraner Burgener and Hollywood superstar and a special UNHCR envoy Angelina Jolie who spent as a special UNHCR envoy two days in Bangladesh's southeastern Cox's Bazar where over a million Rohingya Muslims have been taking refuge after fleeing a brutal military crackdown at their homeland.

The 43-year-old Hollywood actor arrived here yesterday and visited a refugee camp in Teknaf near the Myanmar border.

Momen said he told the UN envoy that Bangladesh was upset seeing that instead of mounting pressures, some big countries still kept "all kinds of bilateral relations including trade with Myanmar".