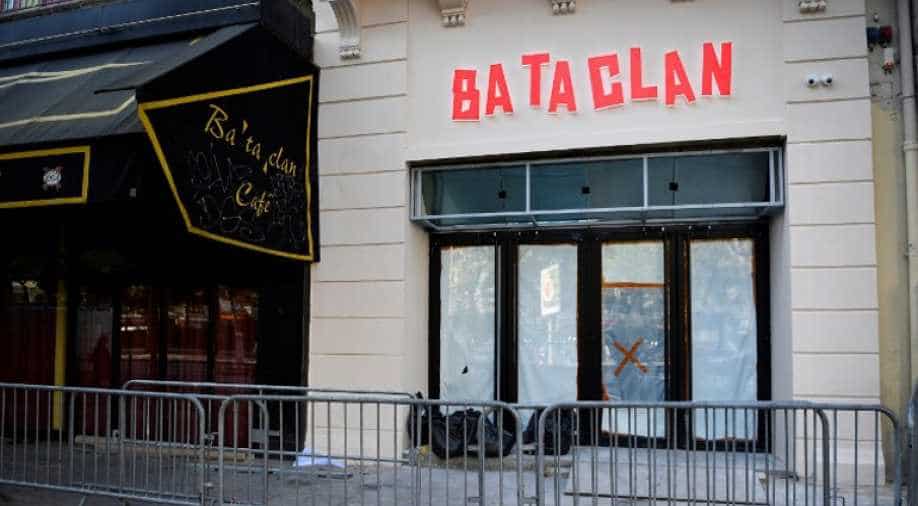 The Bataclan" concert hall was one of the targets of the 2015 terrorist attack in Paris in which 130 people were killed. Photograph:( AFP )

British singer Sting's concert to reopen the Bataclan theatre in Paris, where a jihadist attack killed 90 people a year earlier, sold out within half an hour Tuesday, the venue said.

All 1,000 tickets put on sale for the concert on Saturday --- on the eve of the anniversary of the massacre --- sold out "in less than 30 minutes", the venue told AFP.

The theatre in eastern Paris has a capacity of around 1,500. However the venue's owners Lagardere Live Entertainment said the survivors of the November 13, 2015 attack as well as their families had also been invited to the concert.

A total of 130 people died in a wave of gun and suicide bomb attacks on the French capital that night.

One year on, nine of the 400 injured are still in hospital and a reported 600 are being treated for psychological issues.

Sting, who agreed in September to do the concert, played the legendary venue in 1979 when he was lead singer of The Police.

The 65-year-old star said he would donate all the proceeds of the concert to two charities set to help survivors.

His new album "57th & 9th" is being released on the eve of the Bataclan concert.

The venue will remain closed on the actual anniversary of the attacks, the owners said, when a plaque to commemorate the victims will be unveiled outside.