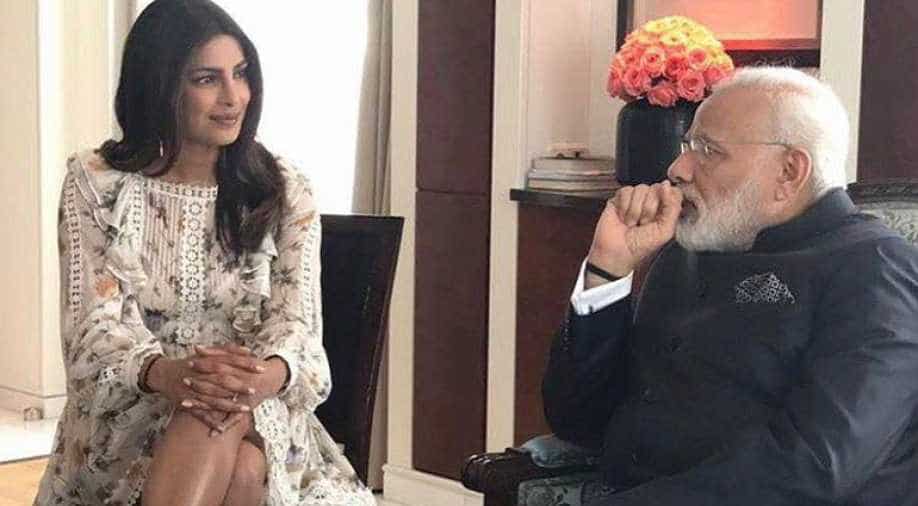 Prime Minister Narendra Modi met Priyanka Chopra in Berlin on Tuesday. Modi was in Berlin on a state visit and Chopra was promoting her Hollywood movie Baywatch.

The actress took to social media to share a picture of her with the PM and thanked him for the making the time to meet her.

While posting the picture, Chopra must’ve never imagined she’d get shamed for wearing a dress. But, trolls will be trolls. They jump at every opportunity to humiliate someone and this instance was no exception.

Some people on the internet didn't like the dress she chose to wear while meeting the prime minister and they didn't hold back in expressing it.

Here’s a look at some of the meanest things people had to say about Chopra’s dress and her "legs".