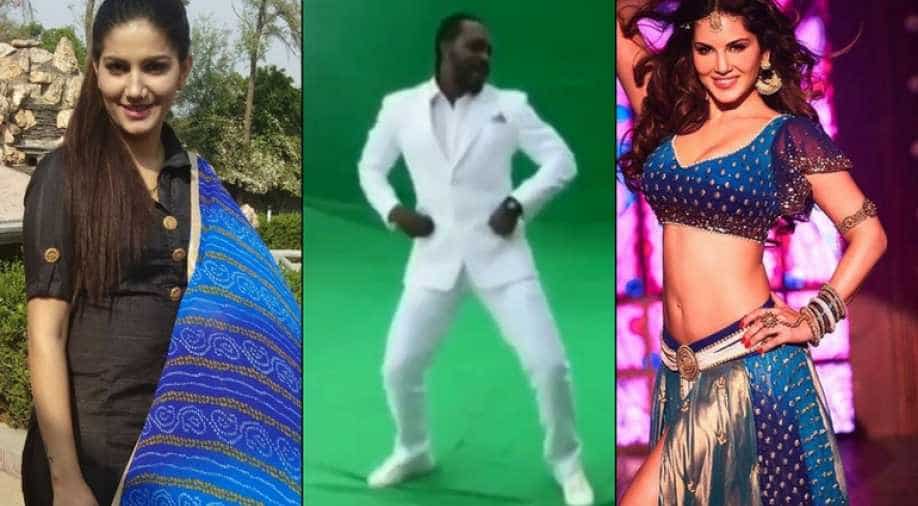 Chris Gayle, popularly known for his power hittings has never failed to entertain his fans with his dance moves.

Before the Indian Premier League started, Gayle was grooving to pulsating Punjabi beats.

Recently, Haryanvi heart-throb singer Sapna Choudhary shared a video on her Instagram account with a caption, "Look what I found on Internet. @chrisgayle333 You are such a good Dancer."

In the video, Chris Gayle was found dancing on one of the most famous songs, Teri Aakhya Ka Yo Kajal... of Haryanvi singer Sapna.

Look what I found on Internet. @chrisgayle333 You are such a good Dancer.

However, a recent video revealed that Chris Gayle was actually dancing on the item song, "Laila Main Laila" of Bollywood's famous movie, Raees.

(#CEO Chris Ever Okay) I'll give the winner USD 5000 who do the #ChrisGayleDanceChallenge ?? the best ?. Ladies, the challenge goes for you too...There's the video so make sure you're spot on as I am lol. #HaveFun I'll post the top 5 on my page and the viewers choose the winner. Remember to use the HASHTAG! Will announce the winner on the 24th ??

The iconic song, "Laila Main Laila" is from the movie Qurbani which was released in 1980. The original song featured actress Zeenat Aman.

In a recent Shahrukh Kahn starrer movie Raees, a new version of the same song was released featuring Sunny Leone.