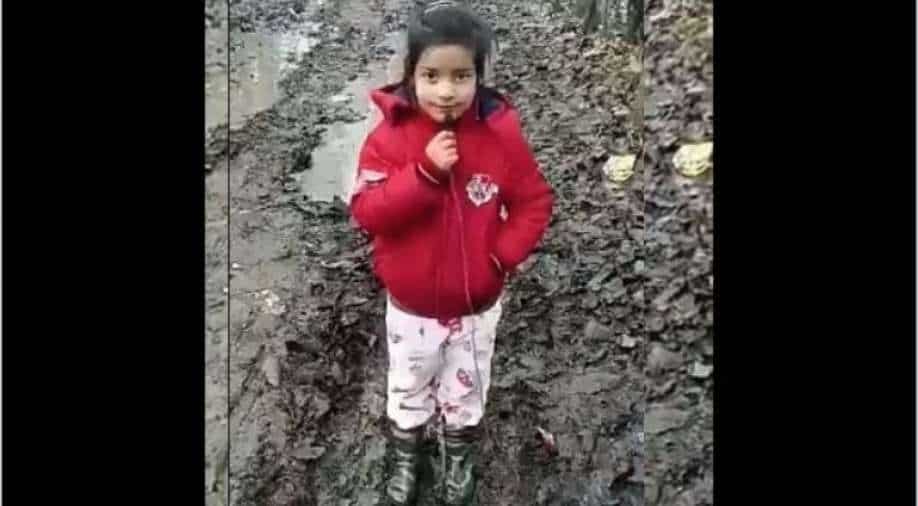 This little girl reporting on bad roads has won our hearts. Photograph:( Twitter )

People on the internet showered the little girl with all sorts of appreciation and like her dedication and vigour.

Potholes and poor road conditions are rather prevalent in India, regardless of how inconvenient they are for residents.

However, a young girl felt compelled to speak up about the poor road conditions in her neighbourhood.

On social media, a video has gone viral in which a young Kashmiri girl transforms into a reporter to illustrate the poor state of lanes and bylanes.

The small girl can be seen in the video clutching a lapel mic and explaining how the state of the roadways has deteriorated significantly.

The young girl greets her audience at the start of the two-minute film.

She then remarks on how filthy the road in front of her is.

Her camera person navigates behind her while she talks about the roads, giving a clear view of each side of the lanes.

The little girl in the pink jacket follows all of the reporter's standards, including asking her camera guy to follow her and photograph the damaged roadways.

The girl points to the crumbling condition and claims that mud and rainfall have made the situation worse. Kashmir has been experiencing significant snowfall for the past few days.