US Congress seeks to strengthen defence partnership with India 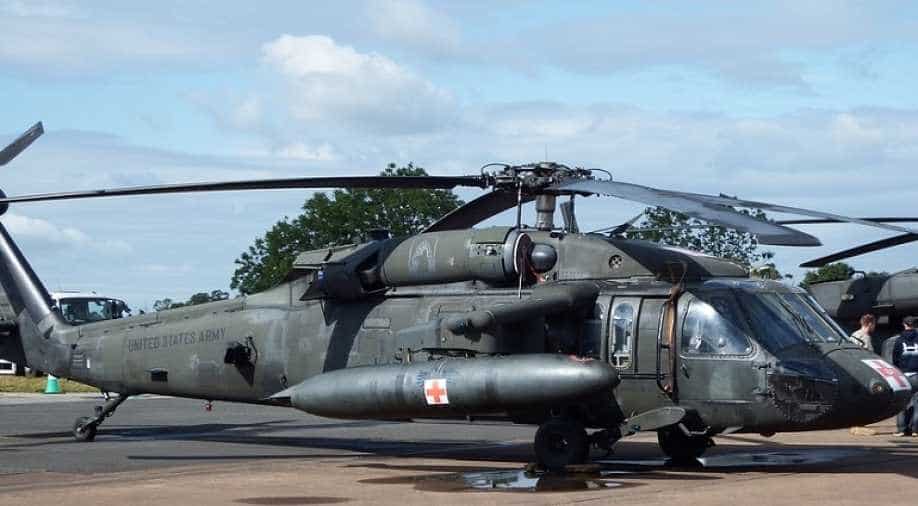 US military helicopter. Photograph:( Others )

The United States Congress has passed the US $ 716 billion defence spending bill which, among its many provisions, seeks to strengthen and enhance the country's defence partnership with India.

India was designated a major defence partner in 2016, towards the fag end of the Obama Administration's tenure.

While the succeeding Trump Administration is moving ahead with its plans to implement the unique designation for India, the US Congress through its John S McCain National Defense Authorization Act (NDAA) for the 2019 fiscal, passed by 87 to 10 votes , seeks to give it a legislative cover.

The House had passed the bill last week. It now heads to the White House for President Donald Trump to sign it into law.

In a joint conference report, which aligned the two different versions of the bill, the House and the Senate said the United States should strengthen and enhance its major defence partnership with India, and such a partnership should enable "strategic, operational and tactical coordination between our militaries, and be jointly developed between the countries".

It also said the United States should work toward mutual security objectives by expanding engagement in multilateral frameworks, including the Quadrilateral Dialogue between the United States, India, Japan, and Australia, to promote regional security and defend shared values and common interests in the rules-based order.

As passed by the two chamber of the Congress, the NDAA-2019 asks the US Government to improve cooperation on and coordination of humanitarian and disaster relief responses conduct additional joint exercises with India in the Persian Gulf, the Indian Ocean region, and the Western Pacific and further cooperative efforts to promote security and stability.

According to the bill, the Congress believes that the United States in cooperation with Japan, India, Australia, and other allies and partners, should work to uphold the values of a free and open Indo-Pacific region and promote regional security and stability through appropriate cooperation regarding the rule of law, peaceful resolution of disputes, maritime security, nonproliferation, and counterterrorism.

Therefore, NDAA-2019 directs that, not later than 120 days after the date of enactment of this Act, the Secretary of Defense provide to the congressional defense committees a briefing on the plans to enhance security cooperation among the United States, Japan, Australia, India, and other countries, including through military activities and exercises, capacity building efforts among other countries in the Indo-Pacific region, and joint regional infrastructure initiatives, it stated.