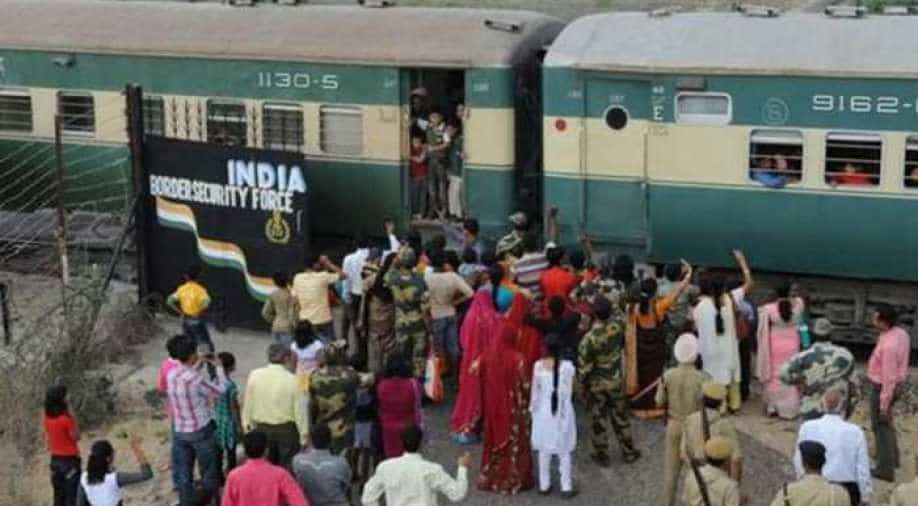 The development comes just a week after Pakistan suspended Samjhauta Express - a bi-weekly train that connects Delhi in India to Lahore in Pakistan.

The development comes just a week after Pakistan suspended Samjhauta Express - a bi-weekly train that connects Delhi in India to Lahore in Pakistan.

Thar Express is a weekly passenger train that connects Khokhrapar in Pakistan with Munabao in Barmer district of Rajasthan and was started in 2006.

Every Saturday, the Thar Link Express departs from Bhagat Ki Kothi railway station on the outskirts of Jodhpur and makes a 320km journey to Munabao in Barmer on the international border. The train then crosses over to Pakistan.

Meanwhile, Pakistan Railway Minister Sheikh Rashid Ahmad has rejected India's request to review the decision of closing down the operations of the Samjhauta Express, saying that the services will not resume till the time he holds the post.

"Though a final decision will be taken by the Foreign Office over the request to review the closure of the trains, I reject India's request. And till the time I remain the minister for railways, there would be no operation of the Samjhauta and Thar Express trains," he said at a press conference at the Pakistan Railways headquarters on Saturday.