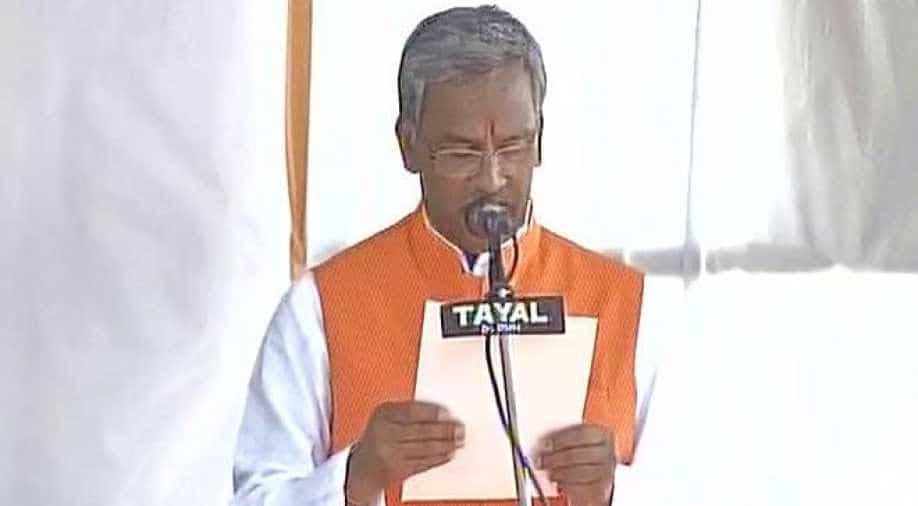 Presented by Finance Minister Prakash Pant the budget allocated Rs 1,500 crore to develop Uttarakhand as an organic herbal state and has also made major allocations for encouraging start-ups, achieving cent percent literacy, opening a trauma centre in each district, and establishing an international parliamentary study, research, and training centre.

A sum of Rs 86 crore has been allocated for construction of Metro Rail, among other things. The state government has also prioritized the tourism sector through various schemes including promotion of home stays. Revenue receipts are pegged at Rs 35,660 crore.

This was the second budget of the BJP government which was voted to power in 2017. In its first budget, the government had presented a Rs 39,957.20 crore budget.

Here are the top 10 highlights of Uttarakhand Budget 2018:

1. The Rawat government said that in all government schemes, Direct Benefit Transfer will be incorporated by 2020. Apart from this, they plan to construct 5,000 homestays, also they will invest in nearly 1 lakh youth for making them skilled.

2. The Rawat government will focus on creating more job opportunities for citizens, and for that, they will create 200 start-ups.

3. Health was also taken care during the announcement of Uttarakhand Budget 2018, as the Rawat government there plans to build the trauma centre, blood bank, and ICU in all 13 districts of the state.

4. For below poverty line people, the Rawat government will launch proper LPG connection, electricity facility and insurance to them.

5. To make Uttarakhand an attractive investing spot, the Rawat government has decided an arrangement of investment summit, for which they will allocate Rs 25 crore.

6. For irrigation department, the Rawat government has allotted Rs 40 crore for making dams.

7. To provide loan to farmers under "Uttarakhand Deendayal Farmer Welfare Scheme", the Rawat government has allotted a total Rs 30 crore.

8. For working women, "Rashtriya Krech Yojana" has been launched, along with the Budget of Rs 3.70 crore.

9. For hygienic drinking water, Rs 40 crore has allocated by the Rawat government in the Budget 2018.

10. Allocation of Rs 10 crore was made for making of warehouses for Electronic Voting Machines (EVM) and Voter Verifiable Paper Audit Trail (VVPAT) storage.